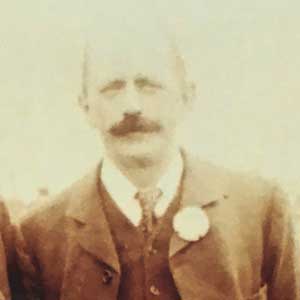 He helped to create the world’s governing body for aquatics – but even George Hearn admitted it had happened by accident.

It was during the 1908 London Olympics that Hearn was part of a group who were asked to establish an Olympic Swimming Code. At that time, he recognised it would be more beneficial to form rules that could be applied to all events and not just the Olympic Games.

As President of the Amateur Swimming Association, Hearn invited representatives from Belgium, Denmark, Finland, France, Germany, Hungary and Sweden to the Manchester Hotel.

The initial meeting was not called with the intention of creating an international association but, collectively, and based on the model of the ASA, they formed FINA. At the conclusion of the meeting, the basic principles of FINA were drawn up to oversee swimming, diving and water polo across the world.

By the following year, where the first rules were developed, the member list had almost doubled.

Hearn later admitted: “The formation of FINA in 1908 came about more by accident than intention.”

He was inducted into the International Swimming Hall of Fame in 1986.