“This has changed my life.”

Glynis Evans is approaching the end of a busy day, during which she has appeared on BBC – television and radio – and Channel 5, with an interview on ITV to come.

The pride is evident in her voice as she recounts the impact of her starring role in the new This Girl Can ad.

The video, which had already been broadcast nationally on live TV, features an empowered Glynis swimming.

Having been born with Amniotic Band Syndrome, Glynis has deformities in her legs and arms, which she is now ready to show to the world.

She said: “It’s important for women to get up and know there is nothing they can’t do.

“What better way to show that than a girl with a physical disability who is out there and is swimming – she doesn’t care what anybody else is saying, she doesn’t care if anyone else is looking at her, she’s doing it.

“If this was 10 years ago, I would be a completely different person. I had such low self esteem. I would never have shown my limbs on social media.

“Now, I just think ‘you know what, I don’t care’. This is me, I’m beautiful. I’ve got a message for the whole world to see and that’s exactly what I’m going to do.”

#ThisGirlCan celebrates its 5th birthday this month with a new ad, showing the unfiltered reality of women being active.
Read more: https://t.co/yqdvHfQ20Tpic.twitter.com/nqngShO7zk

Glynis learnt to swim at the age of nine, but drifted away from the pool after a personal tragedy.

In 2018, she rejoined the Redbridge Dippers – a group for accessible swimming, featuring people with a range of disabilities.

As she turned 30 in 2019, Glynis had truly rediscovered her passion for swimming, enjoying the physical and social benefits of her bi-weekly sessions.

She said: “With my stumps, I can get hard skin at the bottom, so the water softens it and that helps.

“It just makes me feel really good. Swimming is just really quite therapeutic.

“It’s always nice to be around people that know your experience and know what you’re going through. We all have disabilities, so we have something in common.

“We all give each other the space needed to swim. If someone can see I’m swimming a length, they’ll make room for me.” 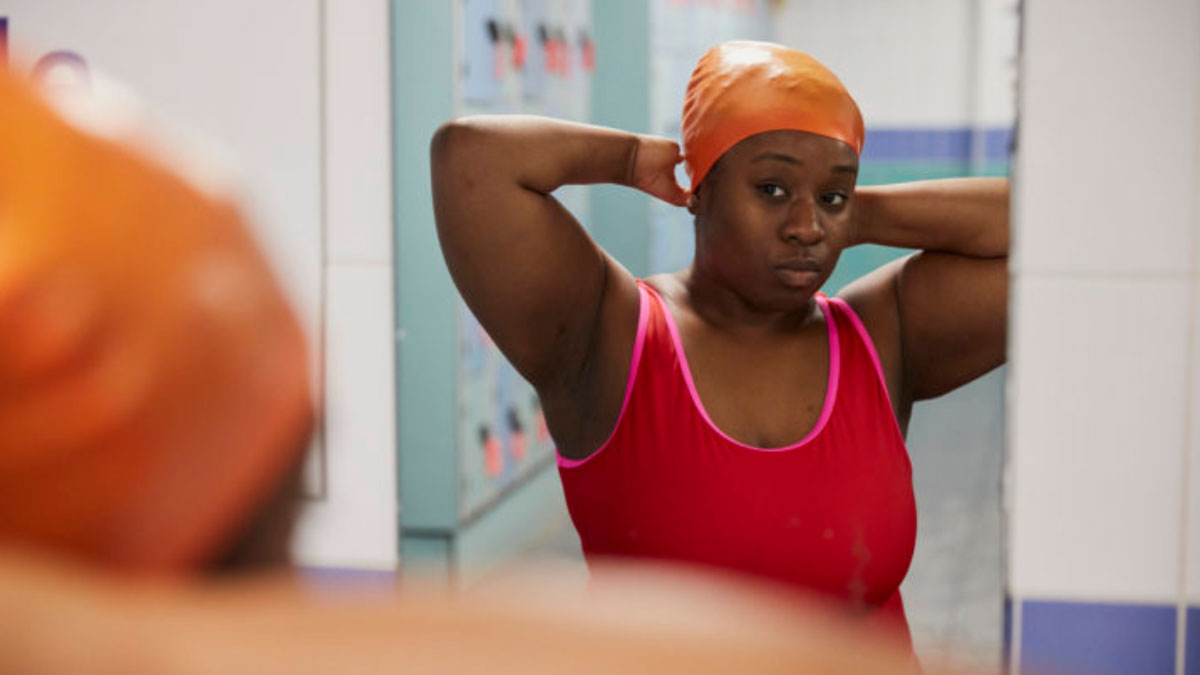 To Glynis, and the other members of Redbridge Dippers, their swimming sessions are just part of a routine.

But Glynis’ prominence in the This Girl Can campaign is helping to change the perception of disability.

She struggles to recall seeing women with disabilities on the television when she was growing up and admits the bullying she suffered as a result of her disability made school an unhappy place.

Now, Glynis hopes to be the role model she never had.

“This means the absolute world, to be the only person in the campaign with a disability.

“If there was someone like me when I was growing up, my confidence would be soaring.

“If there is someone watching the TV and thinking ‘this girl has the same disability as me and there is nothing stopping her’, that is what I want to keep doing.

“I’m going to keep pushing and be the best person I can be.”