Goodhew, who won the 100m Breaststroke title at the 1980 Olympic Games in Moscow, is also the president of Swimathon – the annual fundraising swim.

Next year’s Swimathon will run from 27-29 March and will feature challenges from 400m to the ‘Triple 5km’, with swimmers able to compete individually or as part of a team.

Goodhew has seen the event rise in popularity and success, with hopes that more than 21,000 swimmers nationwide will sign up for the 2020 edition.

The Swim England Hall of Fame inductee said: “It has been a real joy to see Swimathon develop and grow to become the world’s biggest annual fundraising swim.

“Last year we surpassed the £52 million milestone, since Swimathon began, which was a massive achievement.

“We’re hoping this year’s campaign will raise more than £2.2 million, which would be a Swimathon record.

“I am so proud that Swimathon gives so many people the chance to enjoy the water and set themselves a challenge, all in support of Cancer Research UK and Marie Curie, who help thousands of people across the UK.”

A challenge for all 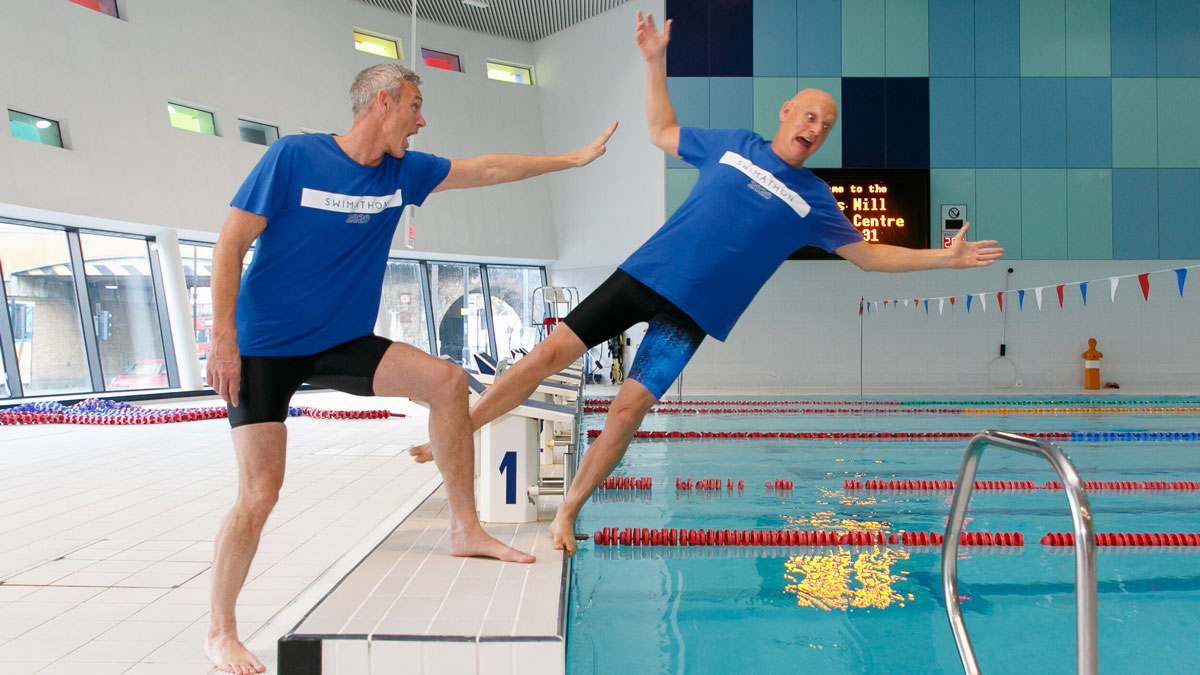 Almost 600 pools around the UK will be participating in Swimathon 2020.

Six-time world champion, Mark Foster, believes the challenge is a perfect opportunity to highlight the benefits of swimming.

Foster said: “Whether you prefer to stick to the shallow end, have swum the Channel, or are somewhere in between, there is a challenge for you, your friends and your family.

“Swimming is fantastic for your health and wellbeing, as it’s a great way to keep fit physically and mentally.

“You can quickly build stamina and speed and, as it’s a low impact activity, the chances of injury are low, while it’s also good for recovery.

“I wholeheartedly encourage everyone to sign up for Swimathon 2020 as every stroke you swim will help families in hugely difficult circumstances.”

You can use the Swim England Poolfinder to locate your nearest centre which will be participating in Swimathon 2020.