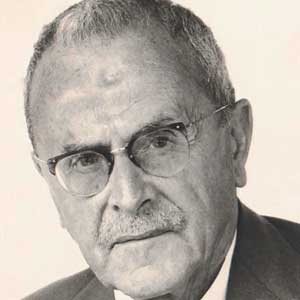 Harold Fern devoted 70 years of his life to administration roles in swimming – and held key roles in all the major organisations associated with the sport.

Such was his contribution to the Amateur Swimming Association, its headquarters in Loughborough were named Harold Fern House in recognition of his dedicated service.

Fern was a keen sportsman with an interest in running, rowing and football – as well as swimming.

For almost 50 years, he worked tirelessly as honorary secretary of the ASA, leading the organisation through its 100th anniversary celebrations in 1969.

Fern was also treasurer of the British Olympic Association for 14 years.
He was honoured for his services to the sport by both King George VI and, when he retired, Queen Elizabeth II.

Fern was inducted into the International Swimming Hall of Fame in 1974.