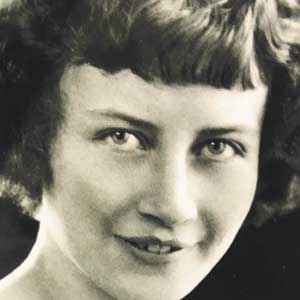 Joyce Cooper was one of Britain’s most successful international swimmers.

She came narrowly close to winning an individual gold medal in her first major international event – the 1927 European Championships in Bologna – when she finished in a dead heat in the 100m Freestyle but was unable to take part in a swim off due to health issues and was awarded the silver.

A gold did come Cooper’s way in Bologna, however, as part of the 4x100m Freestyle team.

A year later, Cooper won two individual bronze medals at the 1928 Amsterdam Olympics in the 100m Freestyle and 100m Backstroke plus a silver in the 4x100m Freestyle.
It was at the inaugural British Empire Games in 1930 in Hamilton that Cooper earned the rewards for her talent. She won three of the four individual women’s titles and earned a fourth gold as part of the 4×100 yard Freestyle relay team.

During the same year, she also set her first world record, which she later broke during a tour of the USA.

More success followed at the 1931 European Championships in Paris as Cooper claimed three silvers and a bronze.

Her final Olympic appearance, in Los Angeles in 1932, proved to be eventful for Cooper. She reached the finals of the 100m Backstroke, breaking the world record in the heats, and the 400m Freestyle, while also claiming a bronze in the 4x100m Freestyle.

But all this happened while doctors were wanting her to undergo surgery to remove her appendix.

In 1996, Cooper was inducted into the International Swimming Hall of Fame.