She succeeds Richard Whitehead in the ceremonial role and will hold the post for 12 months.

Liz said: “It is a fantastic honour. I was so surprised when the West Midlands region asked me to do it.

“I’d been asked whether I would let my name go forward and I’d said yes but I honestly didn’t think it would be me. I was expecting it to go to other people, so I was really taken aback. But of course I said yes.”

Richard said: “It has been a very busy year and it has been a privilege to serve the whole aquatic community as President of Swim England.

“I wish Liz all the best for her presidential year and hope she has as an enjoyable year as I have had.”

During the event, two West Midlands region stalwarts were presented with awards. 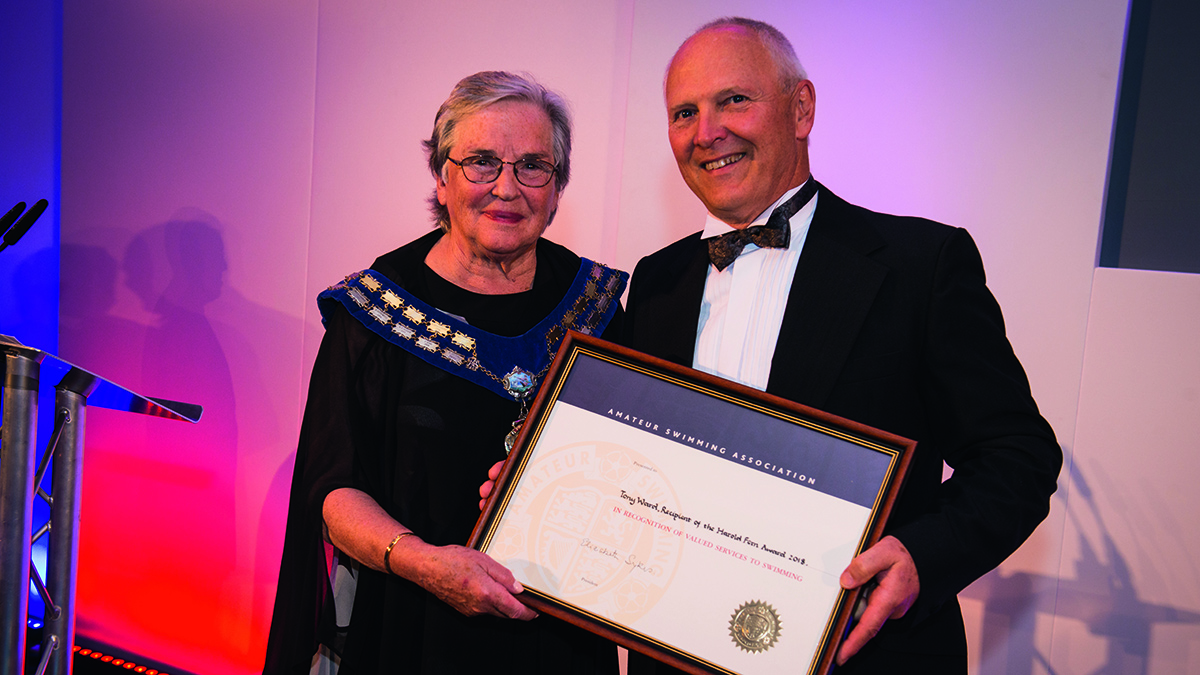 Tony began as a keen swimmer before he went on to become a swim teacher at Wolverhampton Swimming Club – and has been an active member of the West Midlands swimming community ever since.

Having joined the committee at Wolverhampton, he later became the club secretary as well as taking on various positions within Staffordshire, including the county’s first Masters secretary.

He said: “I am delighted to have received the Harold Fern Award and I feel honoured to be listed alongside so many previous holders, whose names I always looked up to.

“I would have never dreamed of being considered for this as there are so many people who do such good work for swimming.

“It is a sport I owe so much to. I met my wife through swimming, got a job in leisure because of it and now travel the world tutoring and officiating with World Para-swimming.” 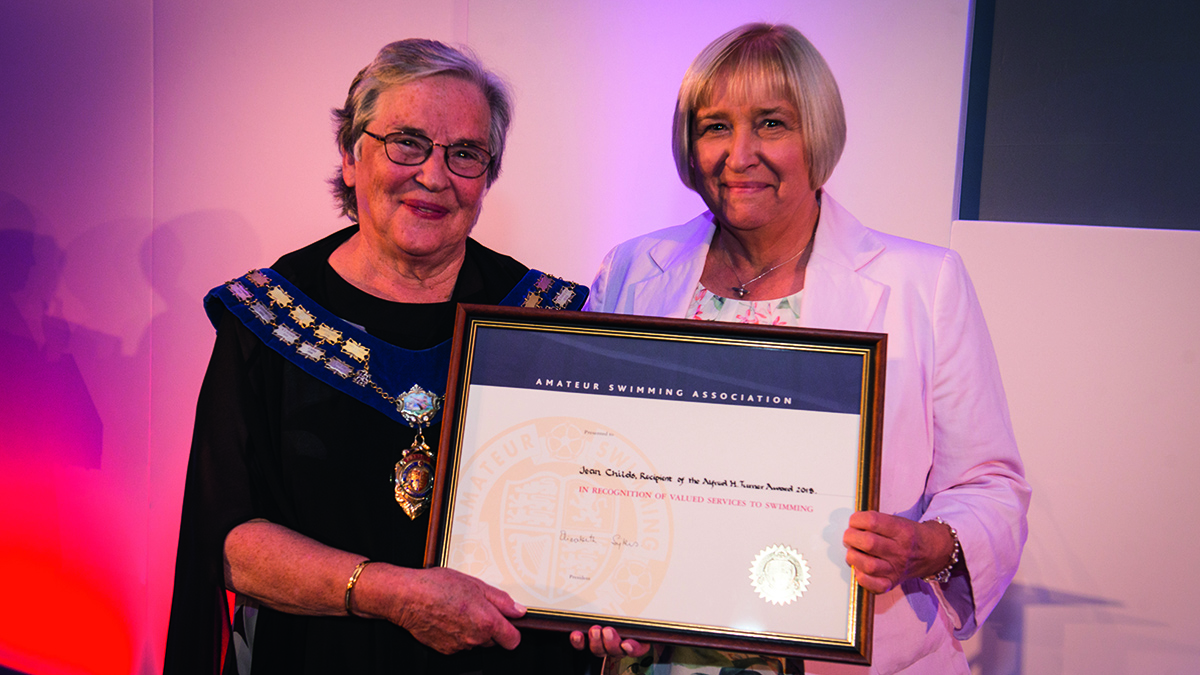 Jean’s involvement in swimming began when her daughter took up the sport. After qualifying in various official positions for ‘something to do’, she went on to become a tutor, course leader and examiner for Shropshire, covering all levels of official’s training.

Not wanting to limit herself to pool courses and, following her qualifications as an open water Level 1 and Level 2 judge and referee, Jean encouraged others to follow in her footsteps.

Jean said: “I am amazed and honoured to have been chosen to receive this award.”