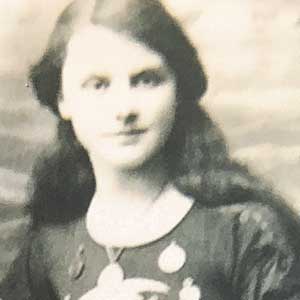 Lucy Morton’s high-profile moment of a successful swimming career arrived in 1924 when she became the first British women to win an individual Olympic gold medal.

By the age of 10, Morton was a member of Blackpool SC and won her first title aged 15 at the Northern Counties ASA.

Morton had to wait until the 1920s before the 150 and 200 yards Breaststroke were introduced to the ASA Championships but she stormed to victory in both, setting world records in the process.

The 1924 Olympic trials were held in Morton’s local swimming pool, where she was given permission to train in the winter before and after work when the pool was normally closed.

She was the only non-American female to win a race at the 1924 Olympics in Antwerp, topping the podium in the 200m Breaststroke.

Morton was so modest she wrote home after her victory and covered several other topics in her letter before mentioning her Olympic success.

Upon returning to Blackpool, Morton was welcomed at a civic reception held in her honour.

She retired from competition shortly after the 1924 Olympics but carried on performing in demonstrations, including a summer season at the Blackpool Tower Circus.

Morton went on to become a professional swimming teacher and coached future international swimmers, including 1956 Olympian Ann Morton, at Blackpool SC as well as officiating at national championships.