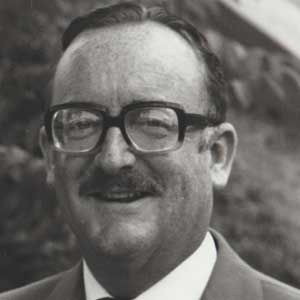 He was an inspiration to others and an influential figure in the Amateur Swimming Association.

Norman Sarsfield was a swimming teacher, coach and author when, in 1970, he became the ASA’s first full-time general secretary.

As a youngster, he wanted to learn how to row in Durham city but his mother said he needed to attend swimming lessons first. Six years later, he was the city swimming champion and a lifelong love of the sport had begun.

He trained and qualified as a swimming teacher before enlisting in the British Army during the Second World War, where he rose through the ranks to become captain and received the Military Cross in 1943 for gallantry under fire.

After the war, Sarsfield’s life was dedicated to swimming. He was a teacher from 1947 until 1970 but, in his spare time, volunteered for the ASA and also officiated at the 1948 Olympic Games.

Sarsfield created the Personal Survival Awards which aimed to teach swimming in a fun way, boost confidence, personal achievement and survival skills. He handed over the commercial rights for the awards to the ASA.

In 1966, he became the youngest person to be elected President of the ASA in the 20th century and then retired from teaching to take on the full-time general secretary role. He was also appointed chairman of the FINA Technical Swimming Committee and became a member of the LEN’s Executive Committee, serving as secretary for almost 20 years.

Sarsfield was a driving force behind Manchester’s bid to host the 2002 Commonwealth Games.

He was inducted into the International Swimming Hall of Fame in 2014.