Ponds Forge International Sports Centre is to reopen its doors in October – with clubs based there ‘absolutely thrilled’.

Sheffield City Council’s cabinet has agreed to fund up to £1.6 million to Sheffield City Trust, which manages the iconic venue, allowing it to open for the first time since it was closed in March due to the coronavirus pandemic.

A report presented to the council said it is anticipated that Ponds Forge will reopen to the public during the second week in October.

However, it also states that further detailed work needs to be completed on reopening plans before a final date can be confirmed.

The decision has been welcomed by the swimming, diving and water polo clubs that are based at Ponds Forge, which is also the base for a number of Swim England’s national events.

Nikki Smith, Diving Manager for City of Sheffield Diving Club, has played a key role in the campaign to save Ponds Forge.

She described the venue as a ‘second home’ to the athletes and coaches, not just of the diving club but also the swimming and water polo clubs.

When asked about the reopening, Nikki said: “It’s going to be amazing, I think I’ll probably cry.

“It means everything, we’re absolutely thrilled. Hopefully, this is going to mean that all our members can start training properly again whether it’s just for fun or whether they’re on a programme.”

Explaining the excitement of the athletes, Nikki added: “I’m not even sure words can explain it to be honest, they’ve missed it so much.

“They’re used to training up to eight times a week, before school, after school. It feels like a huge part of their life has been missing. 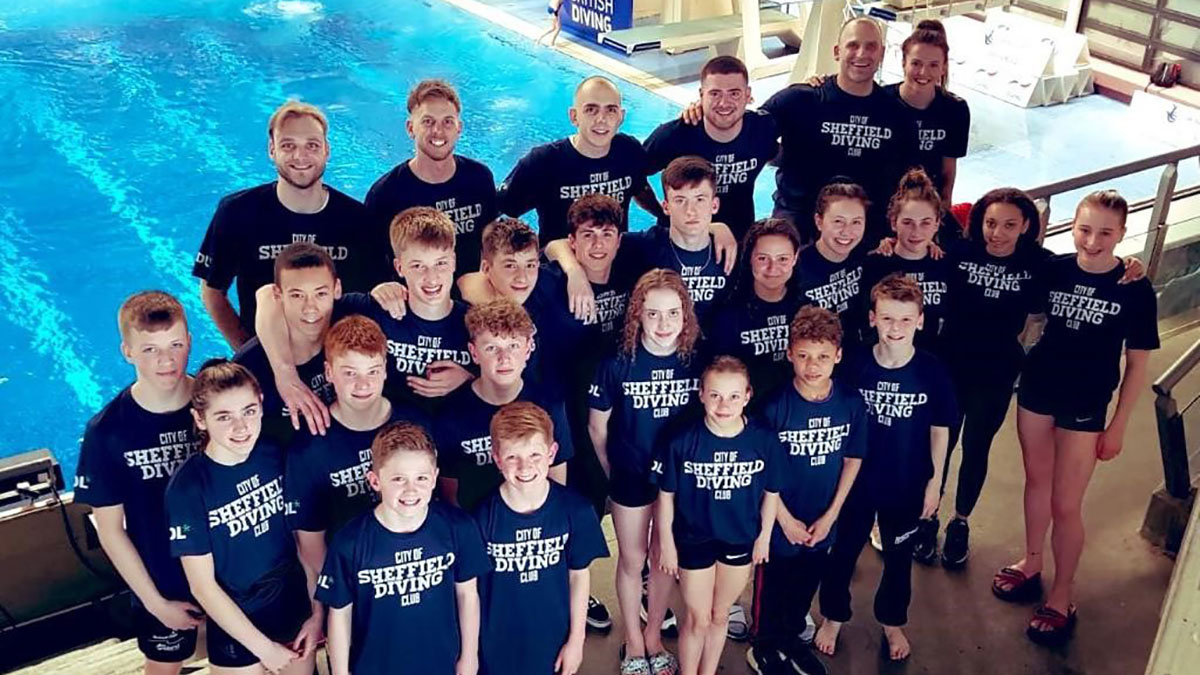 “They’ve all been working really hard doing home workouts and Zoom workouts, so they’re just going to be ecstatic to get back in.

“For a lot of them, it’s like a second home because they spend so much of their time there.”

Progressing from a diver herself, then through to coaching and now a programme manager, Nikki has been going to Ponds Forge for 25 years.

She believes that she wouldn’t be where she is now without it.

“Not only was I a diver, coach and now programme manager… it’s also where I met Tom Owens who is head coach and we’ve got a family now,” Nikki added.

“We’ve got two children, so my whole family came from going to Ponds Forge. Without it I would not be in the position I am now.

“We’re not just one small club it is our home, it’s like a big family. We were fighting for everyone that we know in Ponds Forge.”

United in the fight for Ponds Forge

The Sheffield-based diving, water polo and swimming clubs all worked together to make the reopening possible.

Since Ponds Forge opened in 1991, the three clubs have produced 21 Olympians.

Nikki said: “We know each other, we see each other and pass on poolside but we’ve united and connected now more than we ever have done before.

“We’re working in partnership which is really good and we’ve been discussing how we can look at perhaps doing that even more moving forwards.

“All of us use those facilities a lot, so we’ve worked together because we felt that we were stronger together.”

The clubs produced a business proposal which received more than 2,500 signatures within a week.

As well as support from one another, the people of Sheffield also backed the campaign.

“We’re absolutely ecstatic at the support we’ve had,” she added.

“It’s united not only our clubs but all the aquatics clubs, all the university clubs, we’ve all united and the people of Sheffield have got behind it as well. There’s so many people that use that facility.”

Fight for all leisure

The fight to save Ponds Forge was an emotional one for many involved with the leisure sector.

In addition to the people of Sheffield, support for the campaign was widespread across the country, with the majority of the aquatics community either having heard of, or been to, Ponds Forge.

Nikki explained why they felt they were fighting for the sector, saying: “I feel like it’s been a bit of a fight for all leisure because there’s so many clubs that are still not in the water.

“I’ve spoken to a few different diving clubs and it’s helped them get back into their pool. They feel like ‘hang on a minute, we’re not just going to be told no, there’s ways, we can be Covid-safe, we can run and we can do it’.

As the legacy of Ponds Forge continues, the next steps are securing long-term investment for the venue.

The clubs plan to work alongside Sheffield City Trust and the council on this, stating: “We’re not done yet.”