Volunteering stalwart Ray Gordon paid tribute to his wife Linda after being named the winner of the Swim England Harold Fern Award.

As the couple prepare to celebrate their 50th wedding anniversary on Monday 8 June, Ray admitted: “This is recognition for Linda as well.

“If you ask people, they will probably say ‘that Ray can be a right pain’. But my wife is very mellow and we work well together as a team.”

The 75-year-old, who has been involved in swimming for 43 years, was nominated for the honour by the North East Region and said: “I was very surprised.

“I did not know I had been nominated. I was on holiday in Vietnam when the nomination went through [from the North East Region]. So I was pleasantly surprised when I got the email from Swim England.

“I feel very proud that I have been associated with driving the sport forward and it’s nice to be recognised by your peers for the work you have done.”

Since taking his son, Christopher, to his first swimming lessons at Killingworth Swimming Club in 1977, Ray has filled many roles at club, county, regional and national level.

He was President of the Amateur Swimming Association in 2012 and has worked at a number of high-profile national and international events, including the 2008 Beijing Paralympic Games.

Swimming is the people’s sport 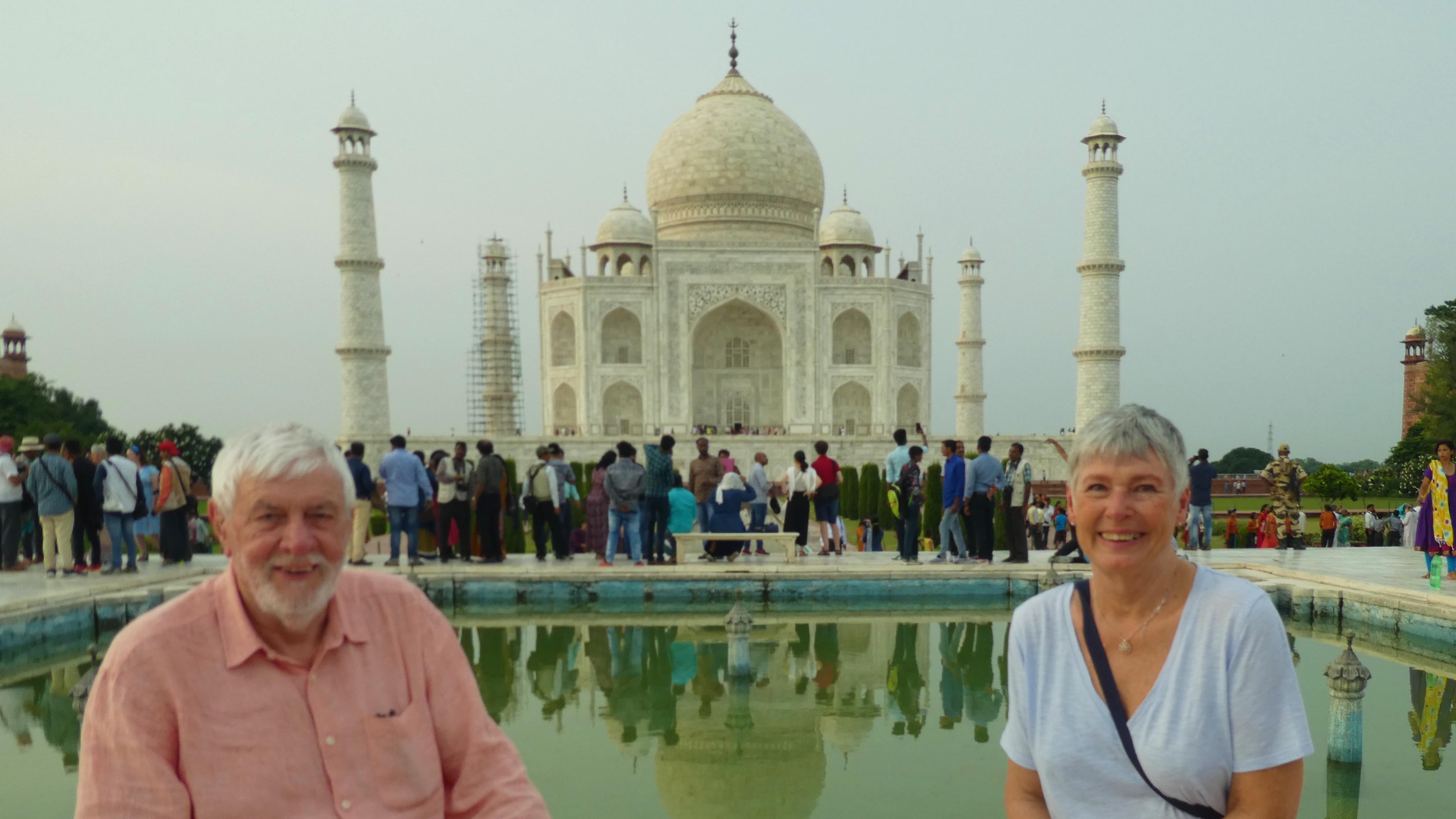 Despite stepping down from national commitments in 2018, Ray is still very active and holds the position of finance manager for the North East Region and is a board member for Northumberland and Durham.

“Swimming is the people’s sport – it’s the people that make it,” he said.

“There are a lot of dedicated volunteers who have given years and years to the sport – that, to a large extent, is what has kept me in it.

“The ASA has grown and grown. It was a swimming family but it’s now very much an extended family.”

One thing Ray is most proud of is his involvement in para-swimming.

Ray and Linda still regularly travel to para-swimming events around the world and have missed only one heats sessions of the major events – World Championships and Paralympics – since 2006.

“My highlight would be seeing the development of para-swimming,” he said. “It was not really recognised as a sport and used to be very condescending.

“Over a period of time, we switched that around so it was about the athletes and not that they had a disability.

“We were the first in the world to bring para-swimmers under the mainstream governing body rather than the disability community.

“Britain then became one of the most successful para-swimming nations in the world – and we still are.”

It’s not the first time Ray has been recognised for his dedication as a volunteer.

In 2003, Sport Newcastle presented him with the Wilkinson Sword for services to the sport – and his name sits among illustrious company.

“My real claim to fame is the year prior to me winning the Wilkinson Sword it was won by Sir Bobby Robson and the year after by Jonny Wilkinson.

“People must see their names and mine and say, who’s Ray Gordon?”

It’s certainly a question very few in the swimming world need to ask.

About the Harold Fern Award

The Harold Fern Award is given to the individual or organisation making the most outstanding contribution to aquatics at club, county, regional, national or international level.

In selecting the winner of the award each year, the Board will give consideration to the following: