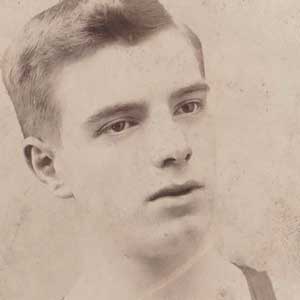 Rob Derbyshire is one of the few athletes who have won Olympic medals in two different sports.

He started swimming at an early age as his father was the superintendent of Manchester City Council’s Baths and Wash Houses Department.

Derbyshire won his first swimming award at the age of six and competed in the Yorkshire Ornamental Swimming Championships, which was open to men only, at the age of 14, winning the title twice in 1893 and 1894.

He went on to become a successful water polo player and freestyle swimmer, playing in the Manchester Water Polo Team and going on to win the national championships on several occasions.

As a swimmer, he won 10 individual ASA Championship titles and went on to represent Great Britain at the Olympics on four occasions in both swimming and water polo. He is credited by the International Olympic Committee as winning a gold medal as part of the British team at the 1900 Games in Paris. At the 1908 London Olympic Games, he was a gold medallist as part of the 4x200m Freestyle relay team.

In 1904, Derbyshire helped co-found Old Trafford Swim Club before moving to London to help found the Lime Grove Baths in Hammersmith and the Penguin Swimming Club.

He coached several members of both clubs and is thought to have coached and placed more swimmers on team GB than any other coach in swimming history. Derbyshire also coached the 1928 Olympic squad and was team manager at the 1936 Olympics.

In 2005, he was posthumously inducted into the International Swimming Hall of Fame.