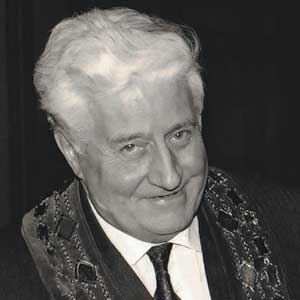 Roy George officiated at all levels of competitive swimming.

His interest in swimming started through his two children and soon blossomed. He began as a member of Team Luton Swimming Club and, over the years, held many different roles within the sport.

In addition to being a swimming referee, a judging examiner and the Midland District Swimming Official’s secretary, he held positions as President of Bedfordshire ASA and was ASA President in 1994-95.

After officiating at county and club level, he became a qualified swimming official in 1971 and officiated at district, national, Paralympics, European Championships and World Championships.

As well as being a long-term member at Team Luton, where he held the role of honorary treasurer, George was also a founder member of Luton Kingfishers, Dunstable SC and Pilgrim SC.