The Minister for Sport, Nigel Huddleston, says there has been ‘fantastic progress’ in the construction of the Sandwell Aquatics Centre as the work reaches a significant milestone.

The tiling of the main competition pool has now begun at the centre, which is set to be the busiest venue at the Birmingham 2022 Commonwealth Games.

Mr Huddleston was on site to lay the first of the 190,000 tiles which will be used at the host venue of the swimming, para-swimming and diving events at the Games.

The swimming and para-swimming competition will be held from 29 July to 3 August, followed by the diving competition from 4 August to 8 August, meaning that the centre will be in use for all 11 days of competition.

On the work that has been done, Mr Huddleston said: “Fantastic progress has been made on the Sandwell Aquatics Centre since I was last here in February 2020.

“Not only will this amazing facility help put Sandwell on the map during Birmingham 2022, it will also become an outstanding new leisure centre for the community.

“It is a great example of how we are levelling up across the country, by investing money in new world-class facilities that leave a lasting legacy for local people.” 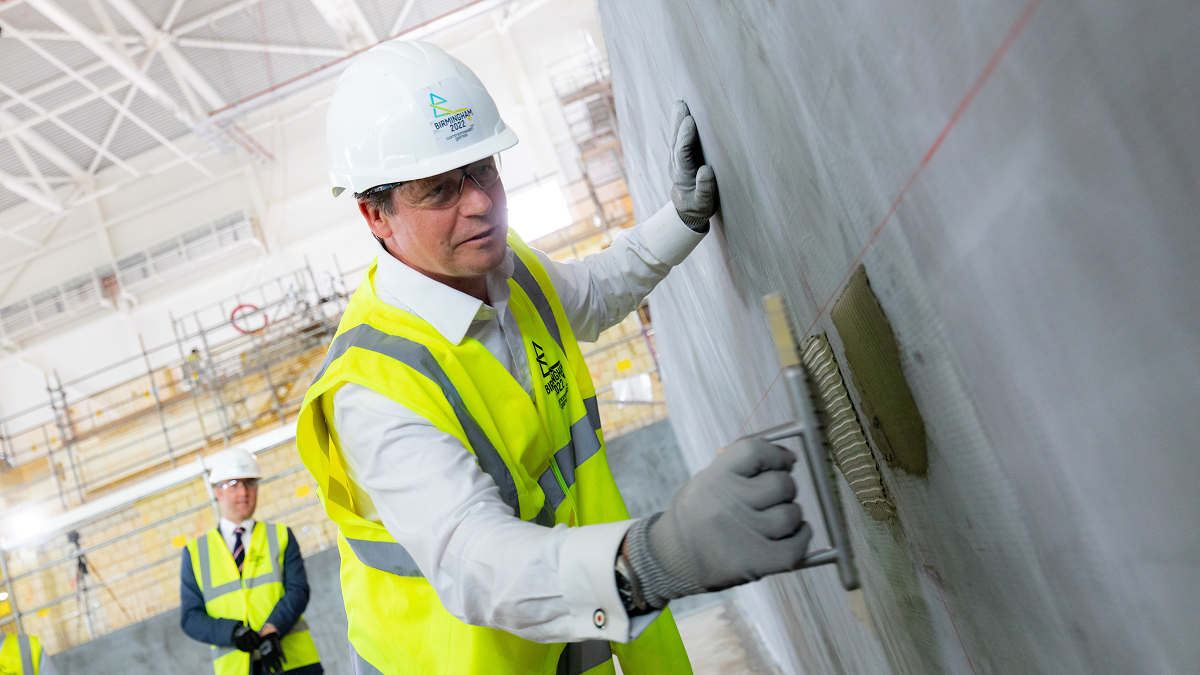 Ian Reid, chief executive of Birmingham 2022, added: “It has been great to get back on site and the Sandwell Aquatics Centre is looking incredible.

“There has been so much progress in the last 12 months and the credit for that must go to Sandwell Council and its construction partner.

“You can now really get a sense of how the only new build venue for our event, the Sandwell Aquatics Centre, will look during the Games.

“This a key competition site for Birmingham 2022, as more medals will be decided here than at any other Games venue.”

The 10m dive tower at the centre was completed earlier this year and high-level works within the pool hall have been ongoing, including aspects such as lighting and ventilation.