As the 2020 Super League season gets underway, rugby league stars have revealed how the aquatic activity helps them overcome injuries and reduce the stress on their bodies. Dan Richardson found out how.

Wigan scrum-half Sam Powell has recalled how swimming aided his recovery from an horrific injury.

Powell was 19 when he broke his leg and ankle and the first stage of his rehabilitation saw him take to the water.

He is one of several players who have spoken about the soothing aspects of being in the pool following injury or a tough game that could leave them feeling battered and bruised.

Powell said: “I broke my leg/ankle, so the first stages of my rehab I was in the pool just getting that movement really. It’s not full weight bearing so it helped me greatly.

“I managed to get a bit of cardio work in there as well, which I wouldn’t have been able to do without the pool so it was great.

“We do a lot of contact in our sport and weight sessions and then we get in the pool, relax and take the strain off the body.

“It’s great for the recovery protocols and leading into a big week. If it gives us one per cent extra freshness then that’s great for us.

“Up at Total Fitness in Wigan, after the games and off the back of heavy training we do ice baths and recovery stretching in the pool.

“Mondays or Tuesdays, we might do contact in [training] sessions, so we’ll use the pool again just to make the body feel fresher leading into the game.

“It [the pool] is a change from just getting flogged on the field and it’s a bit less stress on the legs.

“If you have a heavy day, you still need to get the fitness in. The pool’s great to take it off the legs.”

Morgan Smithies, Powell’s fellow Wigan teammate and 19-year-old loose forward, goes head-to-head with some of the biggest athletes in the sport due to his position.

He said: “It’s a tough game rugby league and everyone puts their body on the line and you do feel quite sore after – the body definitely feels a bit stiff the day after.

“After being in the pool, you feel the benefit from it and your body feels a bit fresher.” 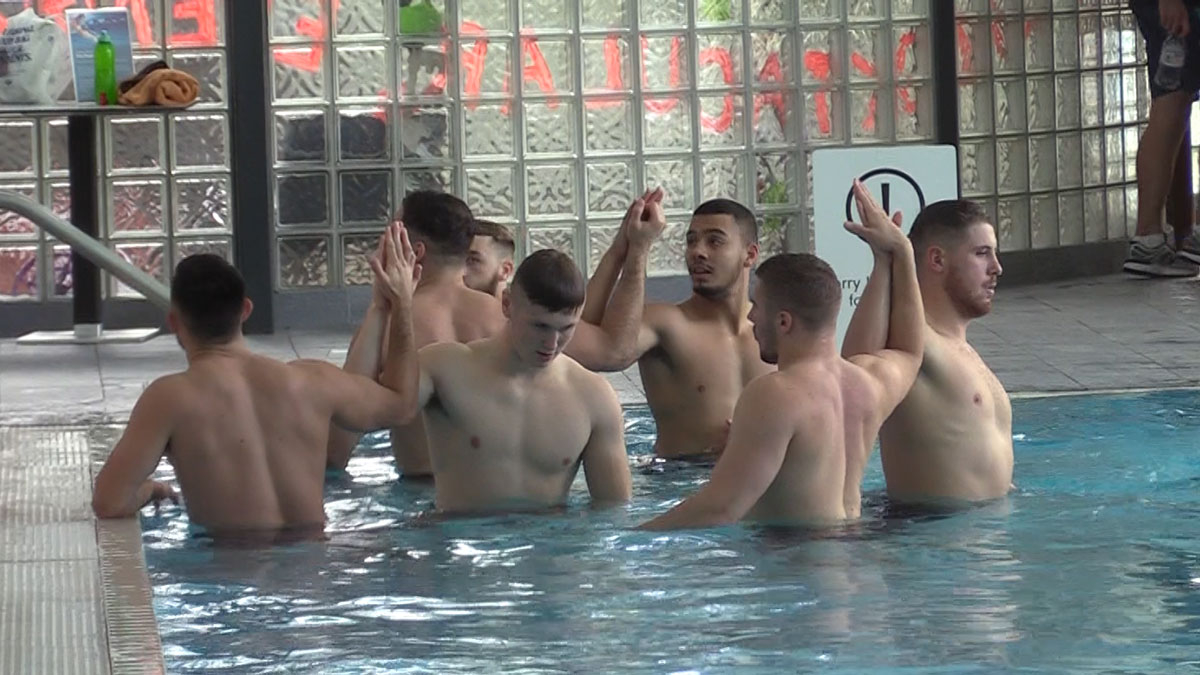 Returning to the sport after a bad injury in 2018 which left him side-lined for more than a year, Hull FC’s Josh Bowden spoke about how the pool helped him recover.

He said: “I did my ACL so I was out for a long period of time.

“I was constantly going to the pool, getting in the ice bath and stuff like that and it really works for me, so I can see why people do it and I appreciate when we do.”

The prop forward then discussed how the pool helps after matches and training sessions.

“After every field session we have an active recovery session straight after,” he said.

“That’s getting in the pool, sauna, Jacuzzi but obviously it’s just to help aid our bodies and tight muscles. It helps people with niggling injuries recover a bit faster for the games.

“After the game when you’ve probably took some big hits you want to get your body moving straight away in the pool.

“Anything like lunges, squats. It’s just to keep your body moving so it doesn’t get tight and cramped and obviously it helps prevent a few injuries so it’s good for us and I’m glad that a lot of teams are doing it now.”

England Knights rugby league strength and conditioning coach Adam Whitney has also explained how being in the water can aid players’ recovery.