Olympic champions Tom Daley and Adam Peaty’s remarkable 2021 has been capped by finishing in the top three of the BBC Sports Personality of the Year.

Daley struck gold during his fourth appearance at an Olympic Games as he created history in Tokyo.

He topped the podium with Matty Lee after the duo won the synchronised 10m Platform title with a series of sensational dives to score 471.81 points – 1.23 clear of the Chinese duo Yuan Ao and Aisen Chen, who were favourites for the crown.

Daley then finished third in the individual 10m platform to become the first Brit to win four Olympic diving medals.

During the show, Daley reflected on his career and how proud his dad would have been of his success alongside Lee in Tokyo – and how important it is to make sport accessible for all.

He said: “Seeing how far I’ve come from that little kid – and my dad would take me to every training session, every competition with that giant British flag.

“I’m so sad he didn’t to see me win Olympic gold, I think he would be so proud.

“I knew that I could win it, but I’d almost settled with the fact that it was never going to be me.

“Matty Lee is one of my best friends. Being able to go through an Olympic journey with someone else – I was a blubbering mess on that podium! I couldn’t breathe I was crying so much. To be able to share that moment with a friend was really special.

“I’m married, I have a kid, to be able to say that I’m a gay man that was able to compete at an Olympic Games, there are so many people around the world that aren’t comfortable enough to be able to do that, they need our help.

“It’s important that we make sport accessible and inclusive for everyone and that everyone has a space.” 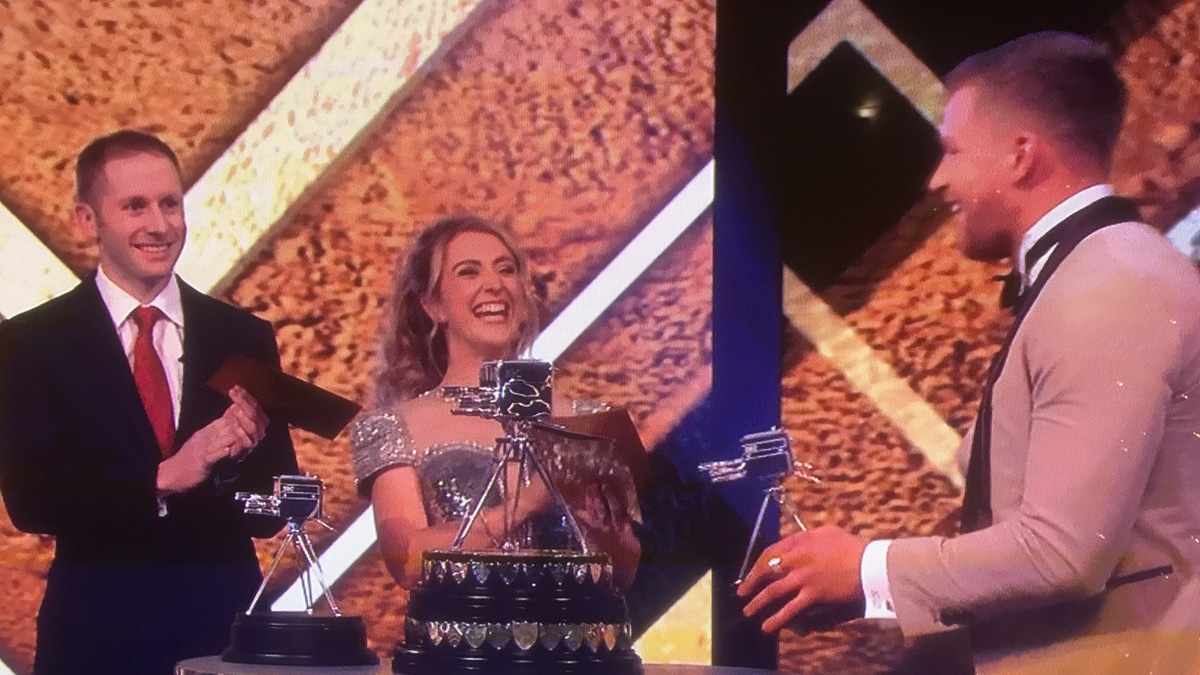 Peaty became the first British swimmer to retain an Olympic title when he triumphed in the Men’s 100m Breaststroke at the rearranged Tokyo 2020 Games.

Five years after his success in Rio, Peaty clocked his fifth fastest time ever to win in 57.37 seconds – 0.63 ahead of his nearest rival.

The 26-year-old returned from Japan with a total of three medals after also winning a gold and a silver in two relays.

He was part of the record-breaking mixed medley team alongside Kathleen Dawson, James Guy and Anna Hopkin who picked up Team GB’s fourth swimming gold of the Games in a new world best time of 3:37.58.

Peaty tweeted before the show: “Sports Personality of the Year tonight! What an honour to be shortlisted in an incredible year of sport.”

Para-swimmer Ellie Challis was also in the top three for the Young Sports Personality of the Year award – which was won by skateboarder Sky Brown.

The British Swimming team which won a total of eight medals – four golds, three silvers and one bronze – at the Tokyo 2020 Olympic Games were also on the shortlist for the Team of the Year prize.

Mel Marshall and Jane Figueiredo – who helped Peaty and Daley to Olympic success respectively – were also in the running for Coach of the Year.