Sports personality nominee Tom Daley has hailed a year to remember and thanked everyone who has supported him throughout his glittering career.

The four-time Olympic medallist admits he is ‘super-excited’ to be in the running for the BBC’s prestigious prize, alongside swimmer Adam Peaty.

Daley added a coveted Olympic gold to his impressive medal collection at the Tokyo 2020 Games as he triumphed in the Men’s Synchronised 10m Platform alongside Matty Lee.

We're delighted to announce the nominees for BBC Sports Personality of the Year 2021 are:

Voting will open during the live #SPOTY show on BBC One on Sunday, 19 December.

He then finished third in the individual competition to add to the two bronzes won at both London in 2012 and Rio four years later.

His success alongside Lee was the highlight of the diving competition in Japan for Team GB and also of a hugely-successful career in the sport.

Daley said: “I’m super-excited to be nominated for SPOTY!

“It’s been a year to remember for many reasons but to come away with a gold medal at the Olympics with Matty in Tokyo after 20 years of trying has been pretty special.

“It’s also great to see two aquatic athletes nominated on the shortlist. It would be amazing to have your support on Sunday night.

“Thank you everyone who has supported me in my whole career ❤️.”

Daley first burst onto the scene in 2007 when he was named BBC Young Sports Personality of the Year.

He won European 10m Platform gold as a 13-year old in 2008 and made made his Olympic debut the sane year, competing in the Beijing Games at the age of 14.

In total, he has won 86 national and international medals – 36 of them gold.

Olympian Sarah Barrow, who was part of the Team GB diving squad alongside 27-year-old Daley in Brazil, said his nomination was ‘fully deserved’.

She reckons it’s his whole career achievements which make him a worthy contender to lift the honour. 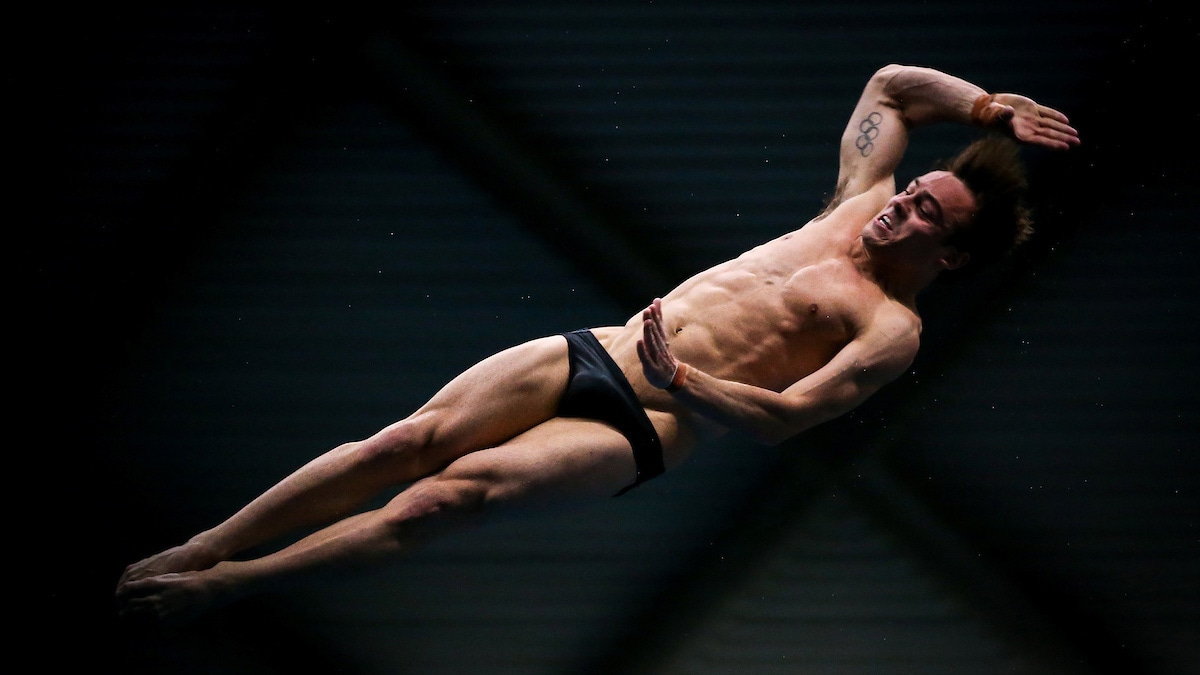 “You obviously need talent but because he works so hard as well, he has been able to continue and carry on.

“To be [competing] on 10m since the age of 10, that’s 17 years of impact which is a lot. But he won his gold and was in one of the best shapes he’s probably been, which is testament to his hard work and planning.

“I think it’s fully deserved and it’s definitely for his whole career.

“He was senior European champion at the age of 10 so it’s been a long stint and he has held it together through highs and lows.

“But to keep going, you have to have a whole lot of dedication to do that.

“He’s quite humble but as a team-mate he was encouraging and has good advice.”

How to vote and downloading social media graphics

Get behind Tom and Adam by voting for them during the live show on BBC One from 6.45pm on Sunday 19 December.

Find out how to create a BBC account and how to vote for both Tom and Adam on the night by clicking here. Remember, you can vote online and on the phone!

You can also show your support across social media by using the available graphics, which you can download here.