Volunteers play a key role in many sports – and aquatics is no exception. Without their dedication, many events would not be possible. With Volunteers’ Week taking place from 1-7 June, Swimming Times magazine spoke to Mike Hesketh to learn more about why volunteering is a ‘family affair’ for himself, his wife Alison and daughters Laura and Katie.

How did you get into volunteering and why?

A fairly long story for the four of us. I started helping a bit on poolside at the swimming club when people were absent and, from then, I became a qualified timekeeper and judge. I eventually got involved in running the club and later became president. When my daughters started playing water polo, I started helping on the table and then did a table course. I was travelling to events to take them so it made sense to help out when I was there rather than just watching their games.

Alison, my wife, also started on poolside helping coach and she also did a table officials course so that got her involved in water polo too. She has done a team managers course so has acted as team manager for my daughters’ water polo club, City of Liverpool, in trips abroad in European competitions. Alison is also involved in organising the National Age Groups (NAGs).

Laura, my eldest daughter is a qualified Level 2 swimming teacher, water polo coach and referee. She has acted as a coach for Swim England North West (SENW) girls’ teams in the inter-regional competitions and also as a team manager. She still has an active water polo career captaining Liverpool’s first team and has recently represented Great Britain at the World Student Games.

Katie started volunteering when she also qualified as a Level 2 coach for water polo and a team manager. She has also acted as a team manager and coach for SENW and both of her clubs – Lancaster and Liverpool. She is also a grade C referee and has refereed games in the British Water Polo League (BWPL) and the LEN European Masters Water Polo tournament in Croatia. She was the England water polo captain and also captained the Great Britain team at the World Student Games last year.

What are the best, and worst, parts about the role?

Best parts – I got to see my daughters develop as players and have seen them win British Championships, the BWPL and Katie a Commonwealth tournament gold medal in Aberdeen. I was there as an official with Alison, too, so that was nice. I also got to be a technical official at the London 2012 Olympics so that was difficult to top – watching the best water polo in the world from poolside and for free! 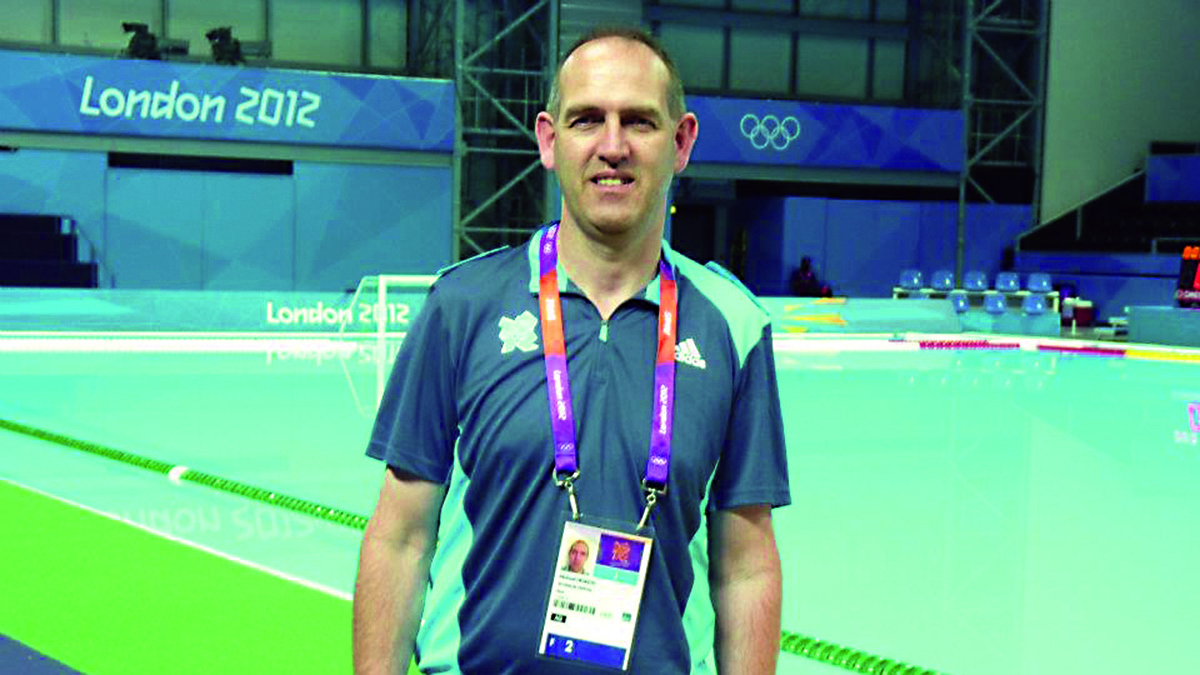 Worst, I help organise the NAGs and BWPL and recently we have had games disrupted by the weather. We had to, at short notice, reorganise several events – including the pool and officials. It was very stressful and a lot of hard work for both myself, Alison and the other volunteers. For us, it was more than 40 hours a week for a couple of weeks. But we got there in the end – though I’m not sure everyone was happy!

How important is the role of a volunteer at a club/event/board?

Without volunteers, the club would not be able to operate. All of the committee at my club, Lancaster City Swimming and water polo, would not be able to operate without them and I have been very grateful to them since we started going. This was brought home to all of us a few years ago when Ron Winn, our water polo coach, died suddenly and left a big hole in the club – and not just as a coach. Events such as the BWPL and NAGs would also not run. We need event managers, table officials and referees or they would not take place at all! This also applies to internationals – I have been to European Championships, Olympics and Commonwealths and the same applies to those.

How long a volunteer: 12 years in water polo/swimming.

Where have you volunteered: All over Great Britain, from Aberdeen to London.

How long a volunteer: 12 years.

Where have you volunteered: Great Britain and abroad as a team manager, including Spain and the Czech Republic.

How long a volunteer: Eight years.

Where have you volunteered: All over Great Britain.

How long a volunteer: Eight years.

Where have you volunteered: All over Great Britain and Croatia.

What skills/abilities does a volunteer need?

To be reliable – events won’t be able to run if people don’t turn up! Dedication also helps as, at times, you can be working for long periods. But the most important is just the willingness to pitch in and help.

What message would you give to anyone considering becoming a volunteer?

Do it – it’s well worthwhile. Not only will you help your sport and learn new skills that often are transferable but you will meet loads of new friends and amazing people. You don’t have to go to the extremes that I seem to have done but can volunteer at any level and it all helps the sport.

Sports like swimming rely on the skills, knowledge and commitment of its volunteers. When you become a volunteer, you will make a crucial difference to the aquatics community as well as find it a hugely rewarding experience. And it doesn’t matter how old you are or how much experience you have – there are roles at clubs and events for everyone.

Claire Coleman, Swim England’s head of volunteering, said: “Volunteering is for everyone, regardless of how much you know about aquatics. We encourage anyone to get involved no matter what your age or level of experience. Clubs will be grateful for help you can offer, no matter how little or how much time you can contribute. Volunteering can help you learn new skills and qualifications, put existing skills to good use and help make a difference. And it’s also a wonderful opportunity to make new friends and have some fun.”

Click here to find out more about how to become an aquatics volunteer.