Inspiring young people to volunteer at their clubs and make a difference to all aquatic sports helped the North East Regional Youth Panel win a Swim England National Award.

The Youth Champion Award recognises individuals who champion the voice of young people within aquatics, have a clear passion for the sport and have made a volunteering commitment or advocacy through campaigning, fundraising or committee work.

The North East Regional Youth Panel was formed during the pandemic and at a time when the engagement of young adults within the sport has been so important whilst they were unable to access the water.

The Group helped to ensure that the voice of young adults can be expressed, and represented and have an influence on decision being made with key stakeholders.

They successfully gained financial support from the region to support the young volunteer development programme and recruited 77 participants with more than 150 learning opportunities and almost 100 hours of quality volunteering at a local club level so far.

The group created a video to highlight the experiences young people went through during the coronavirus lockdowns.

Panel member Jay Manners said: “The whole purpose of the video was to spread awareness of how these challenging times made an impact on young aquatic athletes as we require facilities in order to train.

“We thought it would be a good idea to express these thoughts and feelings but also to show how positive resilient and determined we are as athletes.”

Jack Naylor Dunn, from the panel, said: “The group will listen to the voice of young people in all aquatic disciplines in the north east.

“We will also hopefully inspire other young people to  volunteer in their clubs and maybe even join the forum itself and make a difference to aquatics in the north east.” 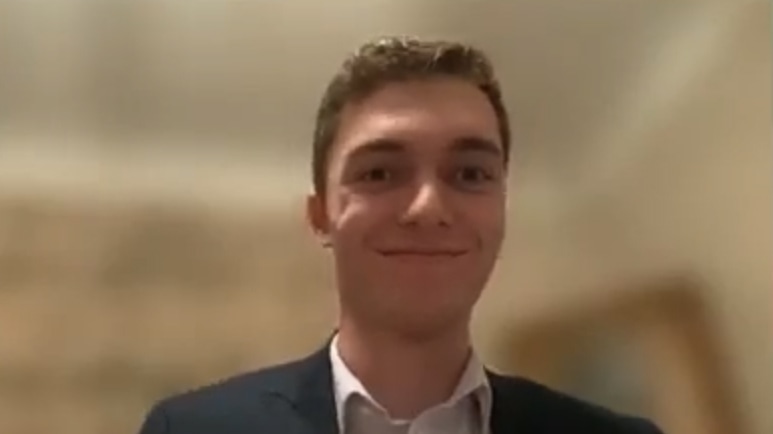 Henry Howarth was named the winner of the Swim England Inspirational Athlete Award and said his motivation was to keep doing his best.

A member of Cleethorpes and District, Henry kept himself active when clubs were unable to train in pools during the lockdowns – and helped to raise money for charities as well.

He challenged himself to run 10 kilometres every day for 30 days in aid of his local hospital, posted daily updates on the club’s Facebook page to try and encourage the other swimmers to try a new activity and also became a qualified swimming teacher and lifeguard.

He was awarded a British Citizen Youth Award for his efforts over the past 18 months and has showcased the best attributes of an individual and sportsperson in recent times.

Henry, who was back in the pool racing before receiving his honour, said: “It was good to be back in the water competing and good to see everyone back.

“I’m still cycling, still running and trying to keep my fitness up but it’s nice to be back in the pool training.

“I’m thinking of trying to incorporate a triathlon but it’s finding the time – I’m sure I’ll get round to it at some point.

“I’m also trying to raise awareness of different charities and inspire people to do their bit as well.”

Looking ahead, Henry said: “I’ll just try and compete and get new PBS and get back to where I was and try to do my best.”