After winning the Youth Volunteer of the Year Award, Henry Russell-Ross described his contribution to aquatics as a ‘worthwhile’ use of his time.

This year the 15-year-old became the youngest British Swimming Level 1 judge in the South East, and says he enjoys giving back to the swimming community.

“Competitions are very spread out and it’s just a few hours, I don’t mind giving that up to give back to the swimming community because of all that they’ve given to me.

“I’ve been a club swimmer since I was eight years old and I really enjoy the sport, so I think it’s a worthwhile use of my time.

“It’s been amazing, I’ve really got to grips with how much people do behind the scenes and how much they actually contribute and help the running of clubs.

“When I was 13 and swimming, I had absolutely no idea that all these people were doing these extra hours, so it was really good to find out what people actually do and how I could help and contribute.

“I’m at Beacon Swimming Club and I hope to continue swimming, I think it’s a really good thing.

“Everything that’s been in the news recently about how swimming is good for your health and keeps you moving, I think it’s a really great sport.”

Henry explained how he began volunteering, he said: “I started off doing the Youth Volunteers Programme last year.

“Since doing that I did all the safe guarding, pool side helping and first aid.

“Then I broke my arm in February so I decided ‘well I can’t do swimming so what am I going to do?’

“I realised that I could continue my volunteering, so I started my training and gained my first qualification.

“Next year, I’m hoping to start the next qualification after my GCSE’s and hopefully do my teaching course as well.”

Volunteer of the Year Award 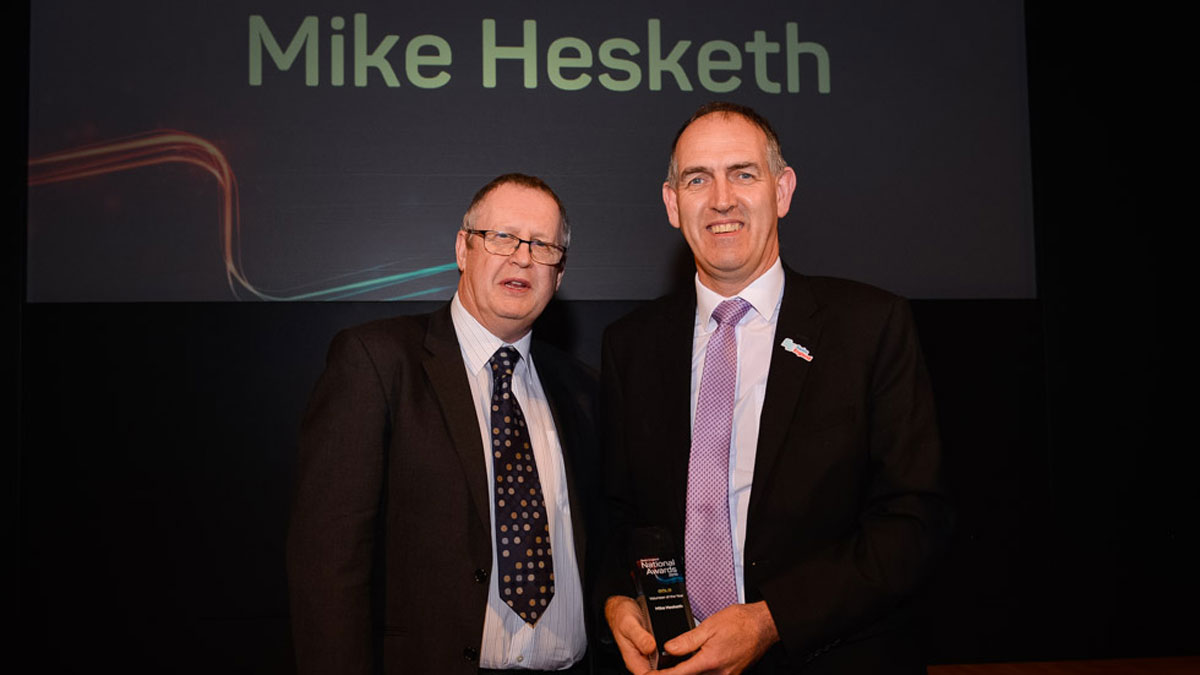 The Volunteer of the Year Award winner, Mike Hesketh, has been one of many excellent role models for youth volunteers such as Henry.

Mike was nominated for the award due to being a ‘stalwart volunteer’ who has ‘masses of experience’ in water polo.

The North West regional nominee has given up an incredible amount of his spare time of the past 20 years volunteer in a variety of different roles.

He said: “When my girls started doing water polo, I got a bit bored and started wanting to do something.

“I’m not good at being idle I prefer going out and doing something.

“My first few roles were as a swimming time keeper and a starter, then a table official at water polo.

“That was probably about 20 years ago at City of Lancaster Swimming Club.

“It’s cool, I’ve volunteered at the Olympics so I’ve met people from all over the world, it’s really good.”

Mike balances his full-time role as a school teacher with travelling the country to water polo events.

“You can manage it, to be honest it actually enhances what you do during the week.

“I enjoy it and you meets loads of people. My wife is a technical official as well so she does the table and both girls still play for Liverpool.

“We’ve got tons out of water polo, it’s stuck with me for a while.”