As schools up and down the country prepare to take part in Swim England’s Big School Swim, Michael Gunning explains why he is determined to ensure all primary pupils get access to the water.

Michael Gunning is on a mission.

Having competed at the very top of his sport, the former international swimmer has now set his sights on ensuring the next generation are all taught a vital life skill.

While some youngsters are taken to private swimming lessons by their parents, for many their only opportunity to learn how to swim is at school.

As an advocate and active ally for Swim England’s Big School Swim, Michael has emphasised the importance of children leaving primary school being able to swim confidently and proficiently – and perform safe, self-rescue.

“Swimming lessons are so important,” said Michael, who represented both Great Britain and Jamaica in the pool in international championships before announcing his retirement from competitive swimming earlier this year.

“My mum and dad are not strong swimmers but they wanted me to conquer that swimming skill.

“They wanted me to be safe in and around the water so I learned to swim when I was four. I hated it at first – I really didn’t like it as I had a big fear of water.

“However, once I got over the initial fear, I really found the love for challenging myself and mastering such a unique skill – and it was one of the best feelings in the world.”

The Big School Swim is a nationwide, week-long celebration of swimming and water safety.

It is the first time it has taken place in pools since the coronavirus pandemic but, in previous years, around 100,000 youngsters have been involved in the initiative.

All children leaving primary school should be able to perform safe self-rescue in different water-based situations and swim confidently and proficiently over a distance of at least 25 metres using a range of strokes effectively.

However, one in four youngsters fail to reach that target nationwide despite swimming and water safety being part of the national curriculum – and it is feared that figure could reach three in five by 2025.

As part of the Big School Swim, Michael will join pupils from Birmingham’s Clifton Primary School for two lessons.

Across the West Midlands, just over half of Asian youngsters (54 per cent) leave primary school able to swim 25 metres unaided compared with 82 per cent of British white children.

Michael said: “Most parents rightfully expect their children to leave primary school able to read or write – I believe that learning to swim is an equally important life skill.

“It’s a part of the national curriculum and every child should have access to swimming lessons.

“The Big School Swim is a fantastic way to put school swimming in the spotlight and I’m really looking forward to meeting the youngsters from Clifton Primary School.

“Earlier this year, I announced my retirement from competitive swimming, and it’s been my mission to continue building on my sporting legacy, and help make sure sport and swimming is accessible to everyone.

“I have my swim teaching and coaching qualifications and during the UK’s hottest week this summer, I led a voluntary session with a school in London and saw first-hand how much fun youngsters all had once they got over their fear of water.

“I’m so excited to be part of Swim England’s Big School Swim – it’s an amazing initiative to reach as many pupils as possible and introduce them to the skill of swimming.”

Any schools wishing to register for the Big School Swim, can sign up here.

If they have no trips to a pool planned during Big School Swim week, which runs from Monday 14 to Friday 18 November, water-safety lessons can still be held in classrooms.

Find out more about the Big School Swim by visiting www.swimming.org/swimengland/big-school-swim/. 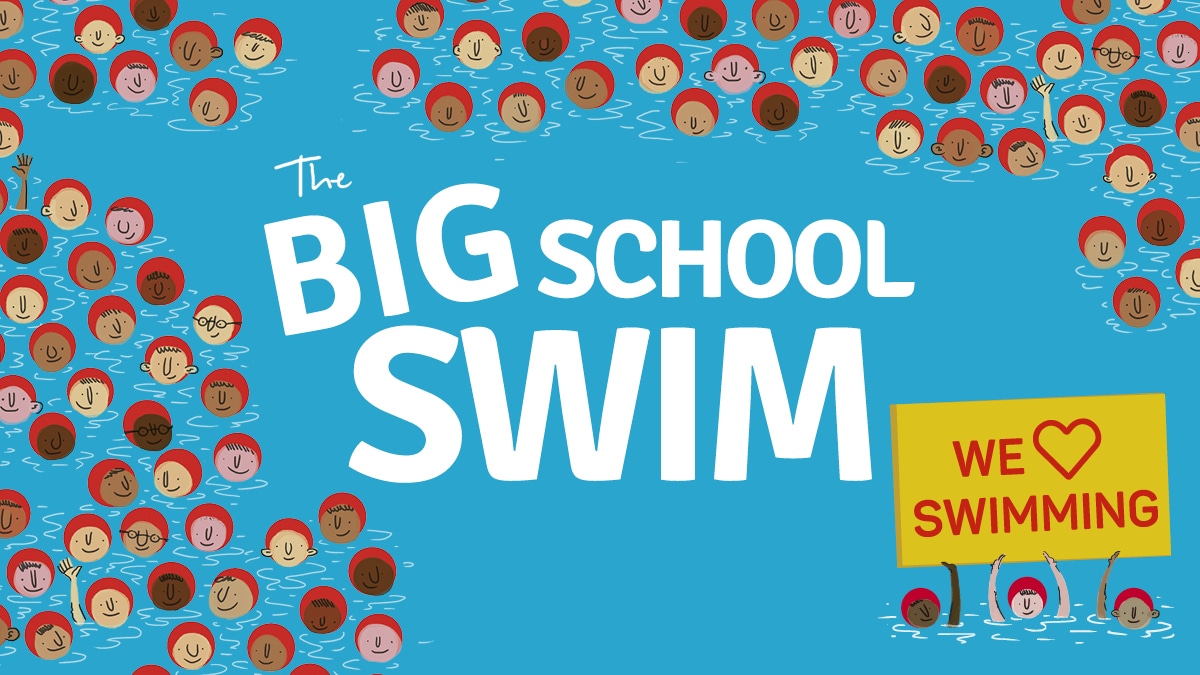