Hillingdon Swimming Club’s Cara O’Toole has revealed she backed Swim England’s #OpenOurPools campaign as not being able to get into the water had taken a ‘big mental toll’ on her.

As a distance swimmer, Cara was swimming 60km during nine pool sessions a week before pools were closed.

The 16-year-old is also part of the Swim England talent pathway and was looking forward to more camps throughout summer, which have also been put on hold.

Explaining the impact that the closure of pools has had on her, Cara said: “It’s been a big shock mentally and I’m sure it’s the same for all other swimmers.

“Your life has been so occupied around the pool and everything has been focused on swimming.

“Of course you’ve got the land training that you can do at home, but it’s just a bit demoralising doing it on your own.

“You haven’t got your coach or your teammates. Although they’re on a Zoom call, it’s just not the same – there’s no atmosphere.

“At the beginning of lockdown, I started running because it was a way of keeping fit. I went from doing no running to running every day and I got a really bad calf injury and it’s only getting better now.

“I’ve struggled socially, as everyone has. Not seeing my friends, family members and coaches took a big toll and you feel a bit lonely.

“But you only have to text people, FaceTime them, Zoom calls – that does help.

“I also made myself busy with school work. I took the time off to better myself at school in the hopes that when we get back I’ll be further ahead so I won’t have to balance and sacrifice swimming to catch up on school work.” 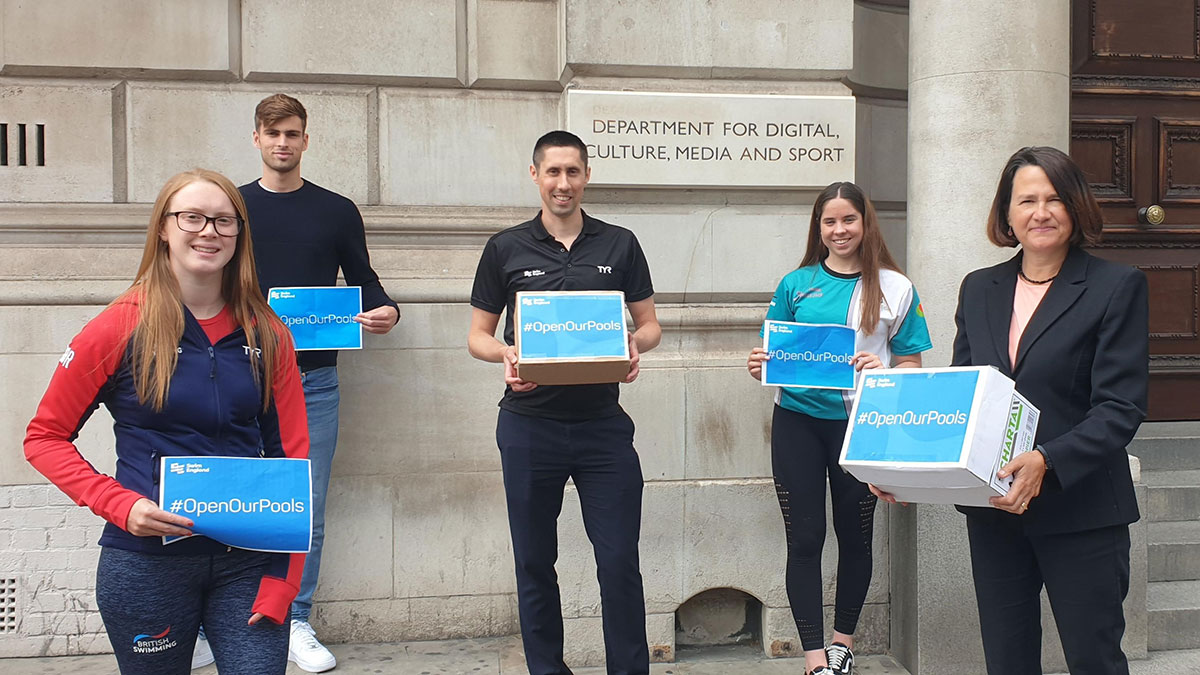 The young swimmer is one of more than 50,000 who have signed the #OpenOurPools petition and support the campaign.

She said: “It was a really exciting experience and I felt very privileged to be selected to go to Westminster.

“We hope that by handing the petition in it’s going to raise more awareness and make a difference.

“The more recognition it gets the more people will be aware of it and hopefully the pools will reopen.

“Swimming is a vital skill to have. I think by the Government not opening swimming pools it’s neglecting the chance for aspiring swimmers to improve and reach their goals.

“Even people who don’t know how to swim but want to learn, they might forget about it and not bother because they haven’t had the chance therefore they’re not going to learn the skill. So they’re missing out on it.”

It won’t make or break me

Cara was aiming to make the European junior team before Covid-19 intervened, but she is still hoping to achieve her goal when it is safe to do so.

“I’m going to carry on that goal for the Europeans and hopefully I’ll achieve it,” she added.

“When we were first told the Europeans were cancelled it was gutting – you think ‘oh my God’.

“It was a big shock and devastating at first but I remember my coach saying to me ‘the opportunity is going to come round again, all that work is not done for nothing, it’s an experience and you’ve learnt from it.’

“Because I’m a distance swimmer, I’m going to have to put in a hell of a lot of work to get back to the fitness level I was at before – aerobically and anaerobically.

“It’s going to be a challenge but because we’ve been off for all this time, it’s building up the determination to get back into it again.

“I’m raring to go really! It’s going to be hard work but it’s all worth it in the end when you get the results.

“I’m still young so it won’t be a massive deal. Obviously it’s going to be a hiccup in my journey but it’s not going to make or break it.”