Swimming coach Carol Coles said it was ‘out of this world’ to be invited to Buckingham Palace for the Queen’s Garden Party.

Carol, who was named Volunteer of the Year at the 2018 Swim England National Awards, received the invitation for her services to swimming.

She has been a coach at Swinton Swimming Club for the last 34 years and was looking forward to mingling with the Royal Family.

But the visit to the Palace on Wednesday 15 May was tinged with some sadness as Carol’s husband sadly died last month.

Carol said ahead of the event: “Going to Buckingham Palace is a bit daunting, especially when my daughter Alison took me to go and get a hat – well a fascinator – because that’s not me.

“It’s just an amazing thing and it’s come at a time when perhaps we all need a little bit of a lift with losing my husband last month.

“I don’t think there’s any words that can describe it – it’s just amazing.

“I’ve been doing this thirty odd years now so you just get on with it. Anything like that is just out of this world.

“I think the Queen will be there and it’s just an experience because I love London. I’ve been a few times with Alison and I’ve stood outside the Palace gates but to actually be inside, it’s an honour.”

Icing on the cake 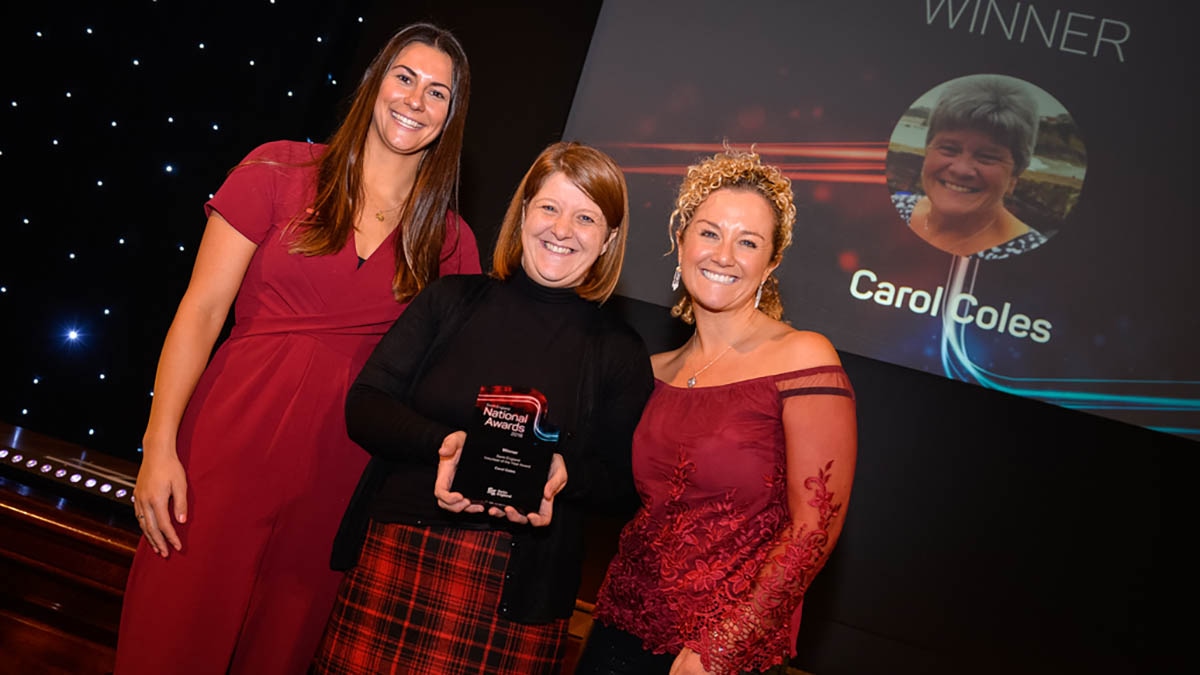 Carol was unable to collect her Swim England National Award last November due to being on holiday but was thrilled to receive the accolade.

She said: “To be recognised for what I do was amazing.

“Unfortunately I couldn’t be there because we’d already booked a holiday as I didn’t know anything about it. Alison and my youngest daughter, Stacey, went to collect it

“I don’t just teach swimming I also do a lot of the fundraising and a lot of the social activities, because that’s important. You always need funds so you’ve got to keep those things going as much as anything else.

“But to get that was really the icing on the cake.”

Carol said the joy of seeing youngsters learning to swim was the highlight of her job – and she had coached the sons and daughters of children she helped when she first began teaching.

“There are kids who started out when I began teaching who are now bringing their children back, so that’s lovely to see.

“I love to see the progress of the children, whether they go on to higher things, which some of our swimmers have, or not it doesn’t matter. We’re there for whoever and I just love it.”

“I teach three nights a week, sometimes filling in on a Saturday. I’ve got a really good team of teachers.

“We’re a really good club and nothing is too much effort for any of our teachers because for a lot of kids it’s not about competition, it’s about the social side of things as much as anything. Keeping fit, keeping off the streets.

“It’s a lovely club to belong to and I’m proud of our lot, I really am.”