Eight coaches have been named as finalists for this year’s Coach of the Year at the Swim England National Awards.

The winner will be revealed at an awards ceremony that will take place inside the Great Hall at the University of Birmingham on Saturday 26 November.

In the run up to the event we have been revealing the finalists for each award which you can find here.

As well as the nominated awards a number of other awards will be given out at the ceremony such as the Breakthrough Athletes of the Year, Spirit of the Commonwealth Games awards and the Harold Fern and Alfred H Turner awards.

Make sure to keep an eye on our channels as we announce the final two sets of finalists as we approach the day of the ceremony.

The nominees for the Swim England Coach of the Year Award, are:

One of the most important people behind the success of Luton Diving Club, Kirsteen Mitchell’s divers are achieving results in every category the club enters.

Kirsteen is respected and loved by all at the club with her attention to detail and infectious energy inspiring a real love of the sport within her divers.

She always delivers coaching points constructively and kindly, building the confidence of her young divers, whether they are training for National Skills all the way up to the Junior European Championships.

Her work has seen her being made the club’s head coach and she has guided a number of youngsters into both England and British diving squads.

After recently taking over as the head coach of Leeds Diving, Marc Holdsworth has transformed the club with his teachings.

Marc’s enthusiasm, dedication and hard work are inspiring to everyone at the club as he battled through illness.

His passion for diving never dwindled as he continued to put in place his plans to make the sport more accessible and enjoyable for his divers.

Marc’s strong relationship with everyone helped put the club in a strong place for the upcoming season as they look to add even more success.

Lenka Tanner’s dream of running her own artistic swimming club came to life in 2015 when she formed Bramcote Aquastars.

Her hard work and dedication since then paid off in 2022 when, for the first time, the club had representation at national level in each competition – and even had a member as part of Swim England’s Youth Squad.

She combines a relaxed and friendly persona with a commendable drive and professionalism to achieve her goals and inspire her swimmers.

Their success is testament to the club’s ethos and strategic direction that Lenka is driving and achieving.

The success of Jess Fletcher’s City of Salford team is clearly shown at Swim England events across the year.

At the Artistic Swimming National Age Group Championships, they won two golds and then came home with the 2022 Swim England Combo Cup in July.

The achievements of the club are partly in thanks to Jess’s incredible supportive coaching, where she goes out of her way to provide the training needed to ensure her athletes reach their potential.

Her dedication and commitment has led to three swimmers being a part of the British programme. One swimmer is now full time with the senior squad in Bristol, one as part of the youth squad and another competed at the Junior Europeans Championships this year.

Nathan Jegou’s Tigers and Jersey swimmers are coming off an impressive year.

The club came away with six gold medals and a British record at the British Swimming Championships and made the top three for the top club award at the event.

His strong relationships with his swimmers has seen them bring out excellent performances and he’s become a real role model to all those that he coaches. In a team of only two full time coaches, the team from the small Island have to give up so much of their time just to compete at national competitions.

Nathan’s incredible year was capped off with his role as head coach of the Jersey swimming team at the Birmingham 2022 Commonwealth Games.

As a director of swimming at Chelsea&Westminster Swimming Club, Lisa Bates has recruited a strong team of coaches for all her squads and developed a clear and accessible pathway for swimmers to progress from learn to swim through different development groups up to their national performance squad.

Her swimmers have gone onto compete at the Commonwealth Games, European Junior Championship and the Youth Olympics.

In the summer, more than 20 swimmers competed at the British and English Swimming Championships.

James pushed the club to purchase headsets which he uses to give swimmers feedback quickly and directly, whilst using them to keep his swimmers entertained.

He takes time out of his schedule to mentor volunteer coaches so that their understanding improves, which has increased the standard of coaching all the way across the club.

His coaching methods ensure that the children enjoy their swimming which has bred success with a number of swimmers qualifying for the British Swimming Championships.

Allison Pratt is an ever-present in the world of artistic swimming.

Her dedication to the City of Birmingham is unmatched as she enters her 35th year as head coach and is still as motivated as ever to provide the best for her swimmers.

She’s known for nurturing her young athletes by prioritising her swimmers’ enjoyment as well as their social and mental wellbeing, which has all contributed to a thriving working environment.

Allison is a great role-model for her younger athletes with many going on to become judges and coaches after seeing her judge at multiple Olympics, Olympic qualifiers, and international events. 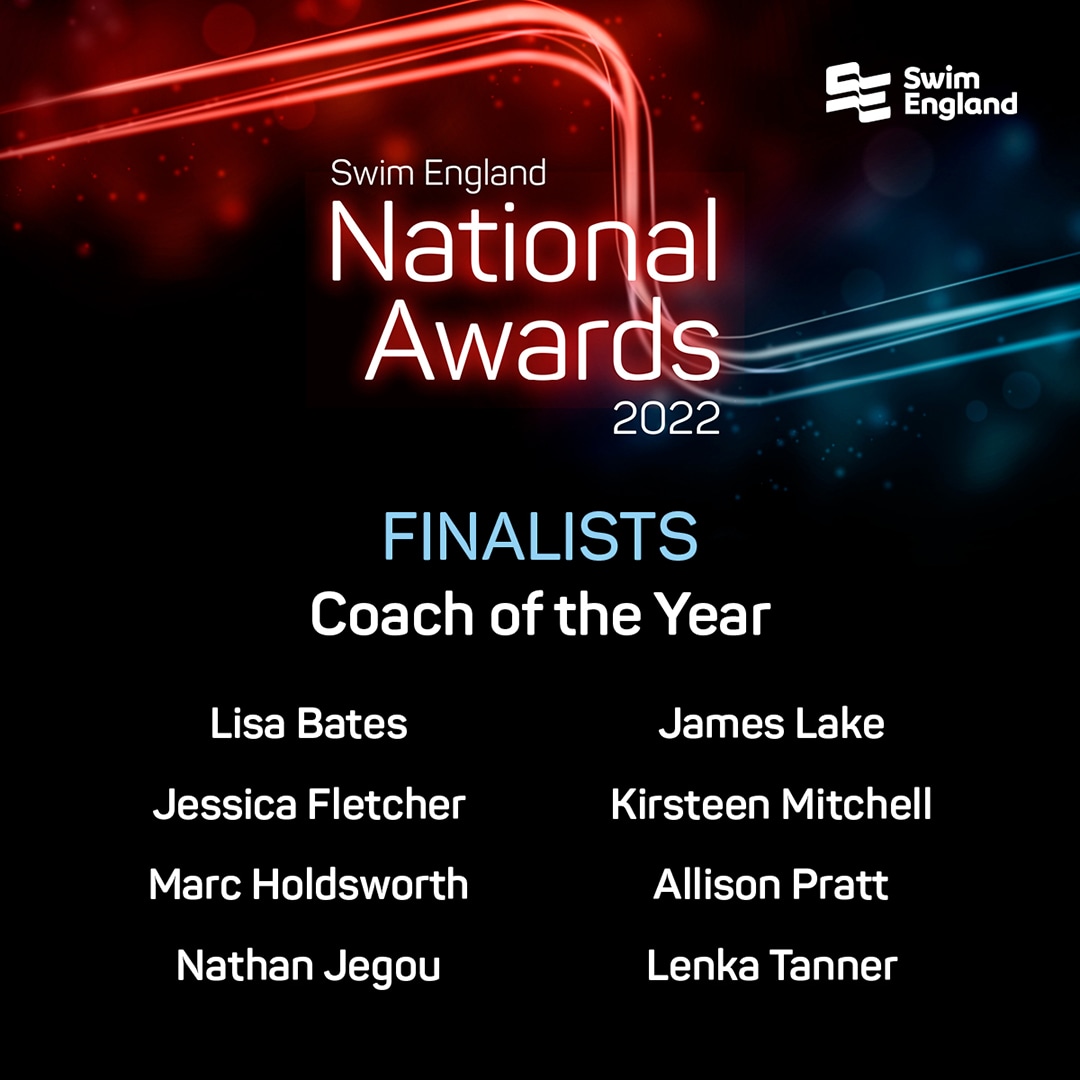