It was an early birthday treat that Electric Eels swimmer Alice Turner will never forget … being Swim England’s guest of honour at the Royal Variety Performance.

Alice, who turns 22 on Friday 22 November, was invited to the glamorous event with her mum, Bernadette, and Electric Eels head coach Pauline Walker.

The club was chosen by Swim England chief executive Jane Nickerson to attend the show at the London Palladium after receiving tickets from the charity’s patron, The Duke of Cambridge.

For Alice, who has Down’s syndrome and has had several operations on her bowel which means she now lives with a colostomy bag, it was an ‘amazing’ night.

She was sat close to the Royal Box and got to enjoy acts by stars including Lewis Capaldi, Mabel, Robbie Williams and Britain’s Got Talent winner Colin Thackery.

The show, which was hosted by comedians Rob Beckett and Romesh Ranganathan, is due to be broadcast on television in December.

Her mum, Bernadette, said: “Alice was just beaming and happy.

“She was on cloud nine. People were stopping her saying ‘you look nice’ – she was just buzzing.

“It was just a really great night. I was like ‘pinch myself, is this real?’ It was absolutely amazing to see her so happy.

“It was lovely seeing Alice permanently smiling and we were sat talking about it until one in the morning.

“Amazing was her word of the night. She was hanging on to her programme for dear life and just loving it all.

“We’re really thankful to Swim England for having the opportunity to go. We all had a ball – it was a night never to be forgotten.

“Alice was just saying ‘thank you, it’s been an amazing day, thank you’.”

Pauline founded Electric Eels, the Swim England Club of the Year 2018, in 2008 and has helped Alice conquer her fear of water. 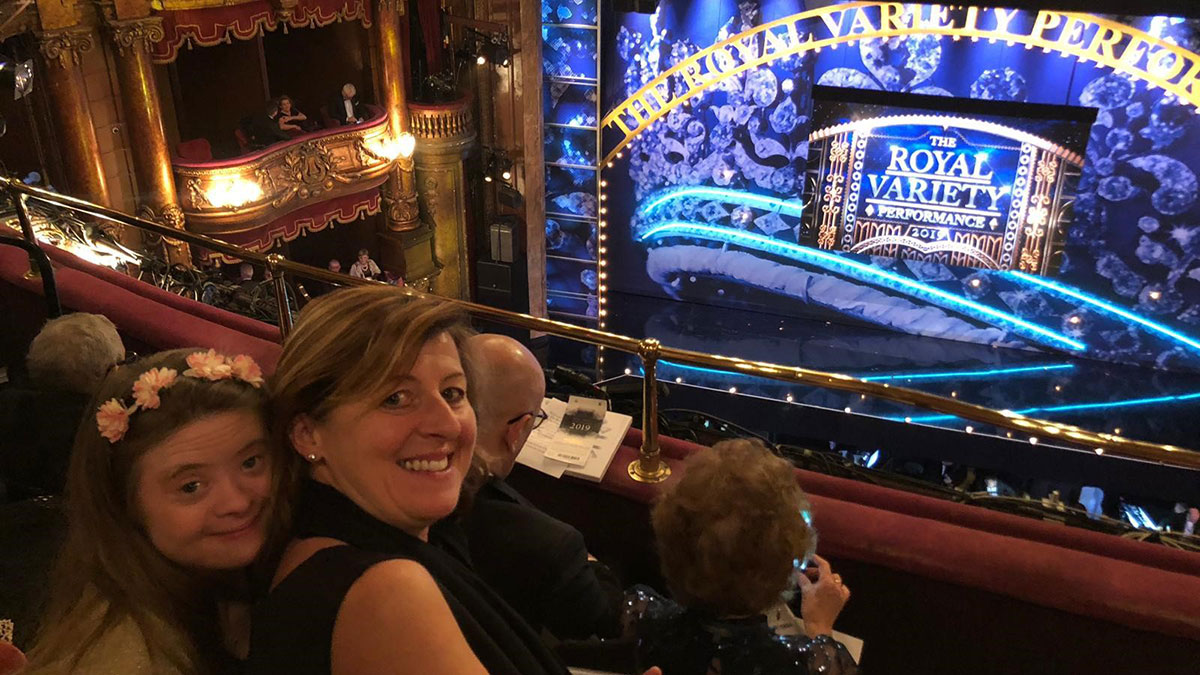 She continues to help transform the lives of young people living with Down’s syndrome.

Pauline said: “I guess like Swim England, it was really difficult for me to work out who I should take when I was first offered the tickets.

“Then when I thought about it, this young lady, apart from having Down’s syndrome, also has had many operations on her bowel and now has to wear a colostomy bag and has been so ill in the past.

“But now she’s a changed little girl. When she came out of her house with her long white dress on, she looked like a princess.

“Alice was a picture. She was just beaming all over and of course she knew some of the young stars that were performing.

“When I got home, I thought ‘yes, I had picked the right person to go’. I would love William and Catherine to know we really enjoyed it and appreciated it.

“I think because they deal with mental health, and Down’s syndrome is classed in that spectrum, they would be only too pleased that the tickets did go to a very worthy cause.

“It was an amazing experience and something that memories are made of. When they played God Save the Queen I cried because it was all so emotional.

“I felt really humbled that Jane [Nickerson] picked my club because there’s only 30 of us in it and there are so many other clubs across the country she could have picked.

“I was really choked about that because we just plod along in Windsor and you don’t think other people realise that you’re even there.

“It was a wonderful experience and again something I’ll never forget. It’s another little thing that I can say ‘oh I’ve done that’. I’m notching them up, which is lovely.”

Jane said: “We’re thrilled that Alice, Bernadette and Pauline had a wonderful time at the Royal Variety Performance.

“When we received the tickets, we decided it was only fitting to invite Electric Eels, our current Club of the Year. Pauline has done a fantastic job creating a safe environment to teach swimming and synchronised swimming to youngsters with Down’s syndrome.

“Alice has gone through so much in her short life and I was delighted to hear how much she enjoyed the performances.

“Thank you to His Royal HIghness and the Royal Variety Charity for giving us the opportunity to give Alice, Bernadette and Pauline a memorable night.”