Fred passed away peacefully on 9 July in the Northern General Hospital. He was a dearly-loved partner to Helen, dad to Paul, Mark and Tom, devoted brother to Kath, Von and twin Bill and a loving grandad, uncle and nephew.

He enjoyed an illustrious 45-year career in swimming and he featured in the British Swimming Coaches Association Hall of Fame.

Joining Fred’s close family, friends and colleagues at the standing-room only service were swimming coaches from across the country.

Rev Oliver said: “I know Fred was a real character and a very popular man.

“I asked the family to describe Fred and a lot of words crept into the conversation. One of the first ways he was described to me was as a family-orientated man, always there, always supportive, always in your corner – I think that’s a lovely way to be remembered.

“Someone simply said he was a top fella, very genuine, very sincere, with a dry sense of humour. He was a level-headed man, quite private in some respects, but still friendly and sociable.

“He will be remembered for many things, not least for his love and for his very genuine approach to life. Let’s give thanks for a life well lived and for all the good times. 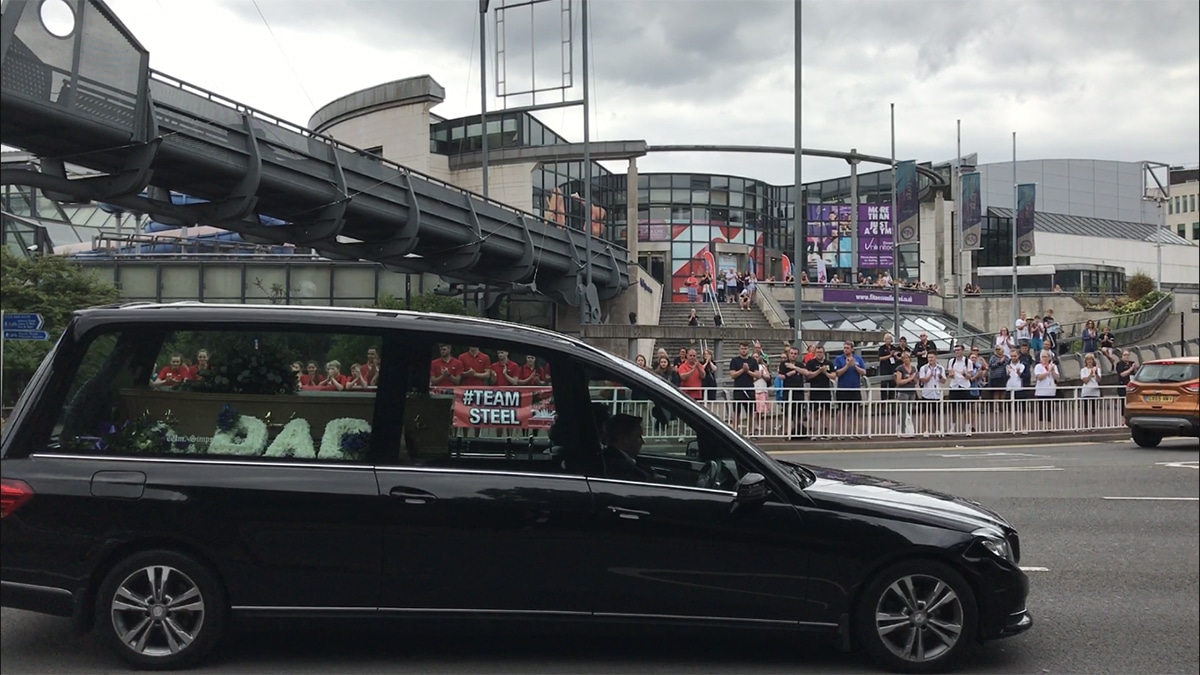 “Someone once said it’s not the amount of years in your life that matters but the amount of life in your years. Fred did not grow into his 70s or 80s but he crammed more into 64 years than most people in their 80s or 90s do.

“He’s going to be missed but I know he won’t be forgotten.”

A number of moving tributes were read out to the packed chapel, including one from Karen Clifton.

She wrote: “Fred was a good man, coach, friend, mentor, work colleague. A genuine man who shaped my life – I owe so much to him as so many do.

“He made dreams come true and cared about our lives outside the pool. A true steel team giant.”

Another, from Jamie McCale, said: I’m always grateful how he shaped me not only as a swimmer but also a man.

“He made me dream big and was a great mentor and friend.”

Before the finals session on day two of the Swim England National Summer Championships, a minute’s applause was held in Fred’s memory.