When reflecting on my career in swimming, I do think, as a girl from Neath who didn’t speak English until going to school, that I have travelled a long way to become president of Swim England.

I am often gently reminded, because of my background, that I’m president of Swim England and when I said that I wanted to have daffodils on the tables at the president’s dinner, I was reminded again.

But it is a fantastic honour and I was so surprised when the West Midlands region asked me to do it.

I’d been asked whether I would let my name go forward and I’d said yes but I honestly didn’t think it would be me. I was expecting it to go to other people, so I was really taken aback. But of course I said yes.

However, I have to say that without my husband, Graham, I would probably not have got involved in swimming in the first place.

We met when we were students in London in the 1950s. I was studying ophthalmic optics and Graham applied maths.

I didn’t know he was a swimmer, although I later found out that he chose that college as it had a swimming pool and he could train every day. He also played water polo and a lot of us would go and watch.

He, of course, did very well in swimming, went to the 1956 Olympics in Melbourne and was team captain for the 1960 Rome Olympics. And he won gold in the 100m Backstroke at the 1962 Empire Games in Perth.

He had setbacks though. One in particular was when he was asked to go back into full training for the 1964 Olympics, which he did, and subsequently won the trials for the 100m Backstroke – but was very disappointed, to say the least, not to be selected.

And that really was the end of his major event career. He still swam a great deal but water polo also became a bigger part of his life and he played for Leamington in the national league. 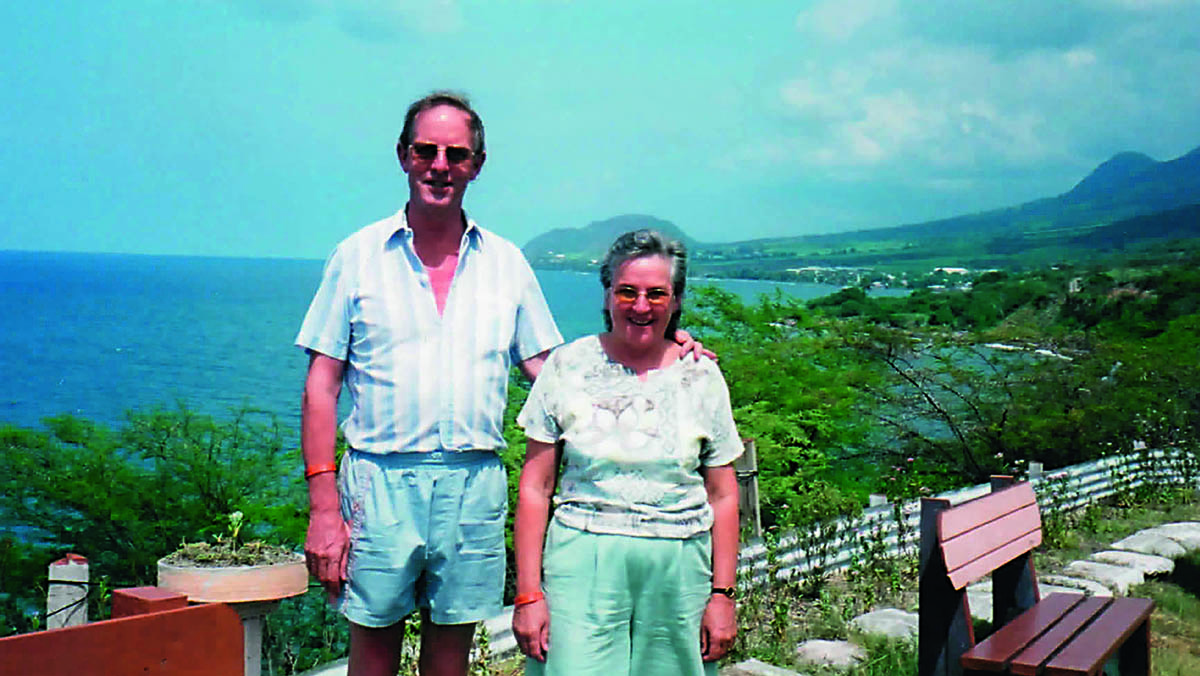 As for me and swimming, as I said, it does revolve around Graham. He had an apprenticeship with Standard Triumph Motors and, after his degree, came back to Coventry to work for them, whilst carrying on with his swimming.

We subsequently married and I also became part of swimming in the city.

I sometimes say it was all down to water polo and our kids, not that I played water polo – I used to wash all the caps and make the sandwiches!

And then my children, Gareth and Kate, got involved in swimming, although first of all for Gareth it was water polo.

He really started training at about 12 when he won the ESSA championships, and it made him realise he could be good. And he was pretty good. He went to world champs and made a European final in the individual medley.

Kate took after her father as the backstroker and she swam internationally for Wales. And, gradually, I got involved in the City of Coventry club as well, doing a lot of different jobs – fundraising, team manager and announcing.

I remember distinctly the kids were swimming in the Coventry and District championships at the Pingles pool, in Nuneaton. Trevor Thomas, the organiser, came over and said they hadn’t got anyone to do the announcing and would I do a bit? But at the same time, I had to do all the recording! All by hand, of course.

We had so many events in Coventry at the time, right through the 1980s and early 1990s – district events, national age groups and championships and lots of televised internationals against countries like Russia and Holland.

There really were some big events like the European Masters in 1991. For every swimming event in Coventry, the announcers were myself and Jane Nickerson. And we were involved in the admin.

I remember the first nationals that we did. Jane and I had been put in charge and we thought we’d covered everything – officials, volunteers etc.

But no-one had alerted us to the amount of money we’d be taking, so we’d made no provision for that. I ended up going from a size 32A cup to a 40DD cup – I didn’t have anywhere else to put the money!

It was certainly a very busy time at Coventry pool. And all whilst I was teaching maths. I started doing part time at a local school when the kids were little before doing my diploma in education and, subsequently, a maths degree at Warwick University.

Who do I remember most? Trevor Thomas of course was the mainstay of a lot of events at Coventry. And Frank and Ellen Gale. Frank died not so long ago, he was in his 90s, but Ellen is still very well. Lovely Eleanor Payne, who also died recently, Roy George, Ron Germany, Marl Rutter… very different characters but swimming would be nowhere without such volunteers. 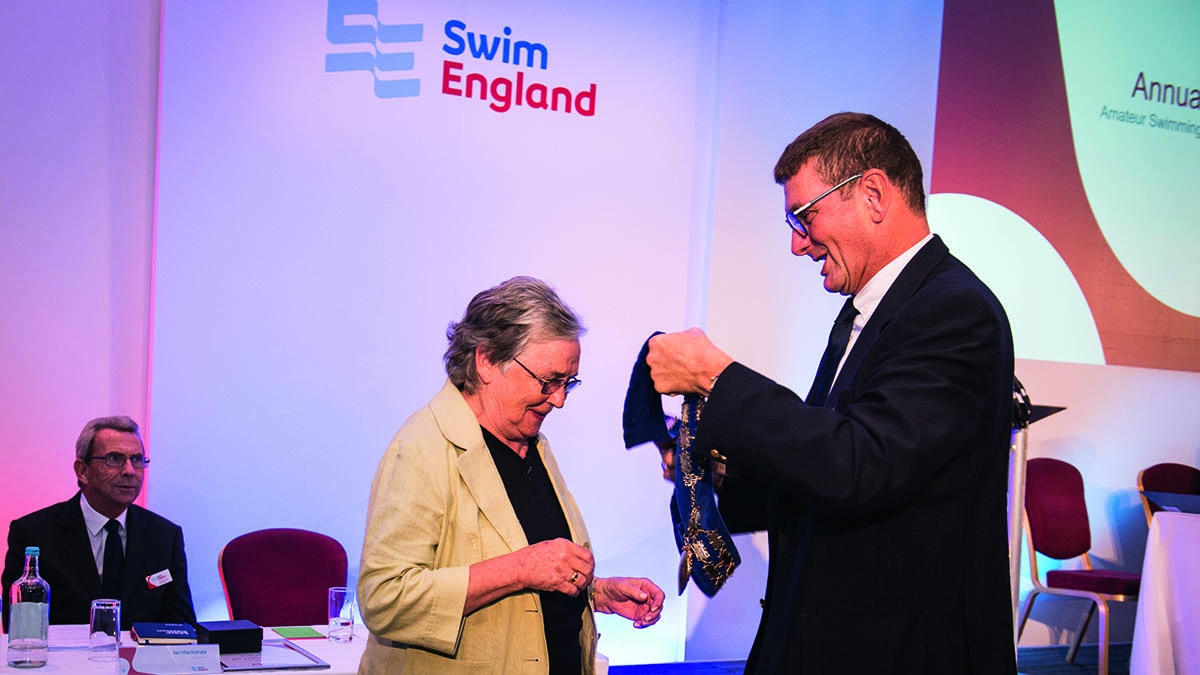 I look back on those years with affection and a lot of fondness.  One of my proudest moments was when I was doing the announcing at Coventry, it must have been nationals, and Gareth had won and Graham was doing the presentation.

And much as I wanted to, I couldn’t bring myself to say: ‘and that’s my husband and that’s my son!’ But I do think it was quite a unique situation.

Coventry was one of the main competition pools in those days, not so any more – though we are going to have a new 50m pool.

The old building is very tired and not fit for purpose, although it is a listed building. Those that know it will always remember the heat in the balcony and the fact that it was a bit shallow and other idiosyncrasies.

We actually ran an open meet there, the Graham Sykes Memorial Meet, last July. It was really hot and they couldn’t get the temperature of the water down enough. It was 30 degrees and we kept on piling cold water in but it didn’t have any effect!

I am still chairperson of City of Coventry Swimming Club and have been for four years. I have brought in quite a few changes which are working well.

I have a very good relationship with our head coach, Adam Ruckwood, and the club programme manager, Jo Deakins, who is wonderful. She is like my right hand.

We had a good national champs this year with a few medals, especially from backstroker Lauren Cox, who also medalled at the European juniors this year. 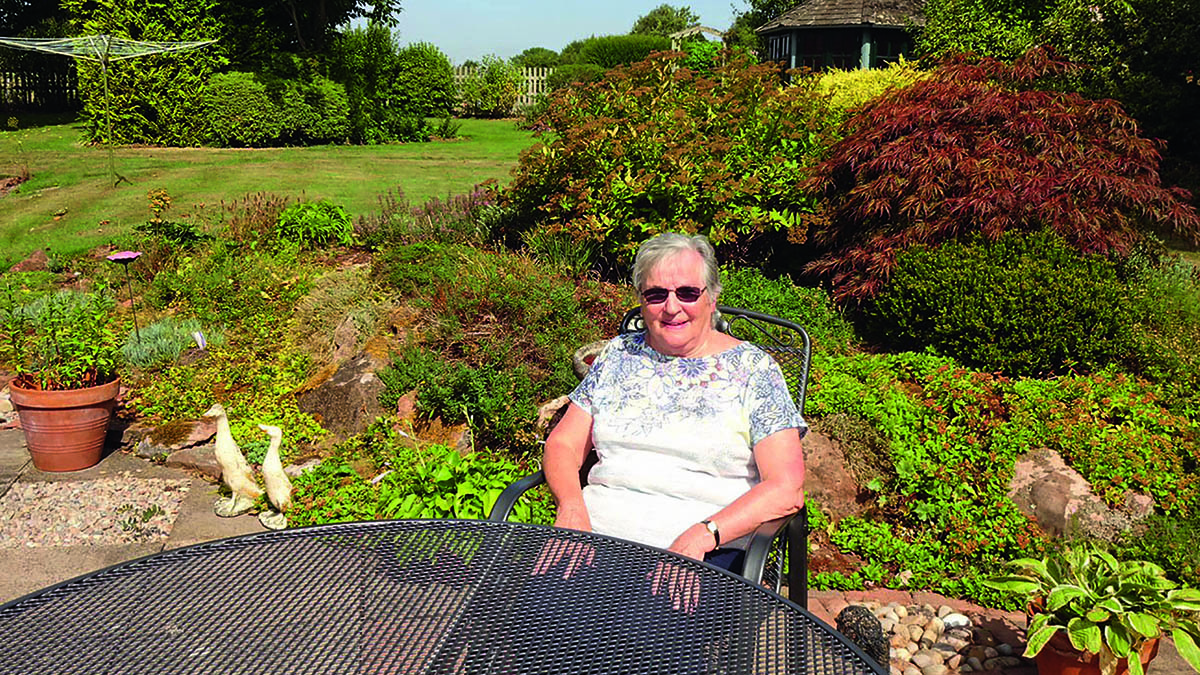 Graham’s influence on swimming in this country also extended to his development of Sportsystems in the 1980s, which completely changed the entry and result system for the sport, and brought computerisation.

His system instigated a massive change from the early days of result production when they all had to be typed.

The lady in Coventry was Joan Arnold, who had to sit in a back room in the bowels of the pool, typing away, and then produce sheets on a Gestetner printing machine – how times have changed.

But, of course, it was the same for programmes and entries, it was all hand done and typed up, and I well remember when I was swimming secretary for Coventry and the West Midlands district, getting hundreds, if not thousands, of entry forms and having to type them all up. You couldn’t see the dining room table for weeks!

It was a different time although it’s brilliant now how the entries come in online.

I’m not involved in Sportsystems any more. David Rush, Graham Spratt, Judith Buck and Ian Proud have taken it on. I think it is still a major force in British swimming and a nice legacy for Graham.

Because life is never straightforward, I had to deal with Graham’s tragic death at the end of November 2008.

It was a real shock. He was only 71 and had been to the doctor the day before and been pronounced fit and well. I’d gone out for the day, he even waved me goodbye, and it was a beautiful day and he decided to go for a walk.

He didn’t like me walking with him most of the time because I couldn’t keep up. He used to time himself on his walks! Something to do with his background in swimming but he was found dead at the top of a local hill.

I know he would have gone at it full pelt. I was in a bit of a state for a while but you have to knuckle down and carry on. 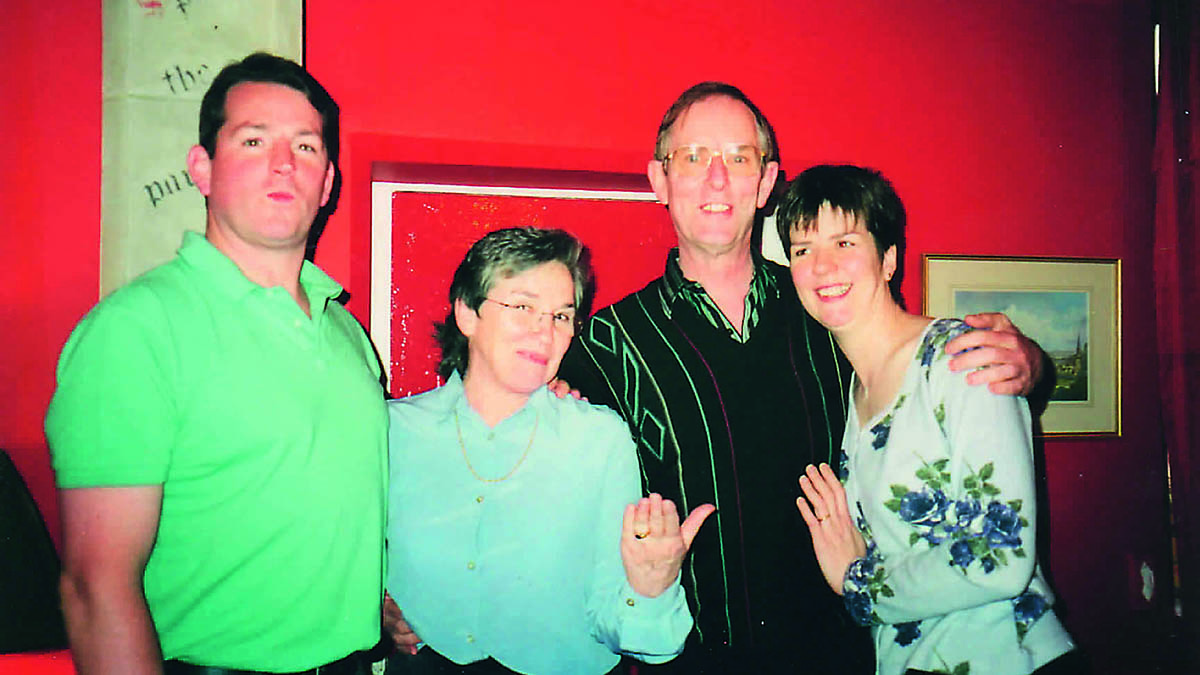 My son, Gareth, now lives in Brisbane. He has his own business with sporting merchandise, and three children. Buster is 24. He was a good breaststroke swimmer and competed for Australia; he is on the Gold Coast at Southport. Tigger is 18 and at university in Brisbane studying law and economics and Scarlett, 22, is now in England for another year, living in Portsmouth.

My daughter, Kate, now lives in Ethiopia with her husband John. They have two grown-up children, Robert and Eleanor.

Up until last year, I’ve been swimming secretary for the West Midlands – ever since the region was set up – so I’ve organised all the championships. I took over from Alan Phillips and I have good help from Simon Sinclair and Georgina Holtom.

So I suppose my involvement runs through from club swimming through district and regional swimming (I’m still on the board of West Midlands) all the way up to national and international.

Through the 1990s, I was chairman of the national events committee and ran the organisation of all the big events – in between my teaching. And swimming has involved every member of my immediate family.

In October, I became the Swim England president, only the eighth ever lady, according to my recollection. The others have been Alice Austin, Stella Margetts, Yvonne Price, Anne Clark, Kay Grimshaw, Josie Grange and Anne Reah – so I’m in a very select few!

Albeit the second Welsh person – after dear Trevor Thomas, sadly no longer with us, but also from City of Coventry SC.

Gareth and his wife came over to support me at the inauguration ceremony and Kate and her husband. Graham would have been very proud.

I have enjoyed all my life in swimming – it’s been a process of evolvement. A lot of people asked me when Graham died if I would give it all up but, even then, I don’t think they realised how much more involved I had become than Graham.

I loved watching the British team do so well at last summer’s European championships in Glasgow, particularly Adam Peaty, the mixed relay, and, of course, Welsh girl Georgia Davies.

And thinking back to when I started as the announcer with Jane for Coventry and the West Midlands, next year, we will be in tandem at the top of the tree – she is Swim England chief executive and I will be president.

We’ve certainly come a long way and, in my year of office, I look forward to enjoying some more swimming, meeting lots of old friends and, of course, making some new ones.