The winner will be revealed at an awards ceremony that will take place inside the Great Hall at the University of Birmingham on Saturday 26 November.

An award will also be given to the top coach as well as the youth champion of the year and the spirit of aquatics award.

Several other awards will be given out at the ceremony such as the Breakthrough Athletes of the Year, Spirit of the Commonwealth Games awards and the Harold Fern and Alfred H Turner awards.

Make sure to keep an eye on our channels as we announce more finalists ahead of the ceremony in that’s less than two weeks away!

The nominees for the Swim England Technical Official of the Year Award, are:

Ron has been in swimming for more than 40 years, volunteering at club, county and regional level.

For several years he has passed on his experience as a professional referee to others within the county and is now responsible for teaching and examining all Leicestershire Officials.

His efforts have seen the number of officials in the county continue to grow and Ron encourages others to get involved in all aquatic events too, leading by example when officiating at disability and open water events.

He is also the county’s official representative for the region and is considered to be a stalwart of the county.

Daniel has tirelessly covered the roles of judge, coach, manager and technical support at recent competitions.

He is immensely loved by the team at Erth and District Swimming Club and puts his heart and soul in everything he gets involved within the artistic swimming space.

Daniel is a level 3 qualified judge, giving up his time to support the artistic swimming community and helps ensure events across the region are able to run.

He is also a coach at his club and it’s clear to see in everything he does how much Daniel loves the sport.

Judith volunteers at a number of events from club championships level all the way up to national events.

She gives up most of her weekends to help out local clubs, county or region as an official for their meets and does so in a highly professional and cheerful manner.

Judith recently sat her referee exams and achieved almost a perfect score, proving her dedication to the role.

Her invaluable advice and encouragement to trainee officials has seen her become an inspiration to others and it’s because of her that those people are considering becoming officials themselves.

For many years David has been a technical official for his club (Fareham Nomads), county (Hampshire) and the South East region as well as assisting at national events.

David has been outstanding with trainee officials and encourages new officials in progressing in their roles.

He is also a swimming technical official assessor and is the County Officials Appointment Officer where he encourages, recruits and organises officials for competitions; as well as helping in the promotion of opportunities at all levels of competition, throughout the region.

David is a great official who has shown and shared both his knowledge and skills with many others.

Paula is a Level 3 judge in artistic swimming who has volunteered at every event the City of Bristol’s swimmers have entered.

She has become an invaluable member to the team as both an official and coach with her tireless volunteering allowing the club to compete locally, regionally and even at national events.

Paula has also spent her time mentoring two volunteers who have now trained and successfully become Level 1 judges themselves, both of which didn’t have a background within the sport.

She does all of this whilst still maintaining a full time role away from the club, showing her dedication and passion for artistic swimming community.

Mark gives his time tirelessly, officiating for two clubs but also at regional and national events.

He was selected to officiate at the Commonwealth Games this year too, having recently gained his referees badge.

Mark has a wonderful manner, and is a great mentor and example to all aspiring officials and swimmers in the way he carries himself.

He shows his dedication and love for volunteering and has done for many years as he worked his way up the ranks.

Mark happily travels all over the UK showing his desire to be the best official he can be and providing his expertise to ensure events go ahead. 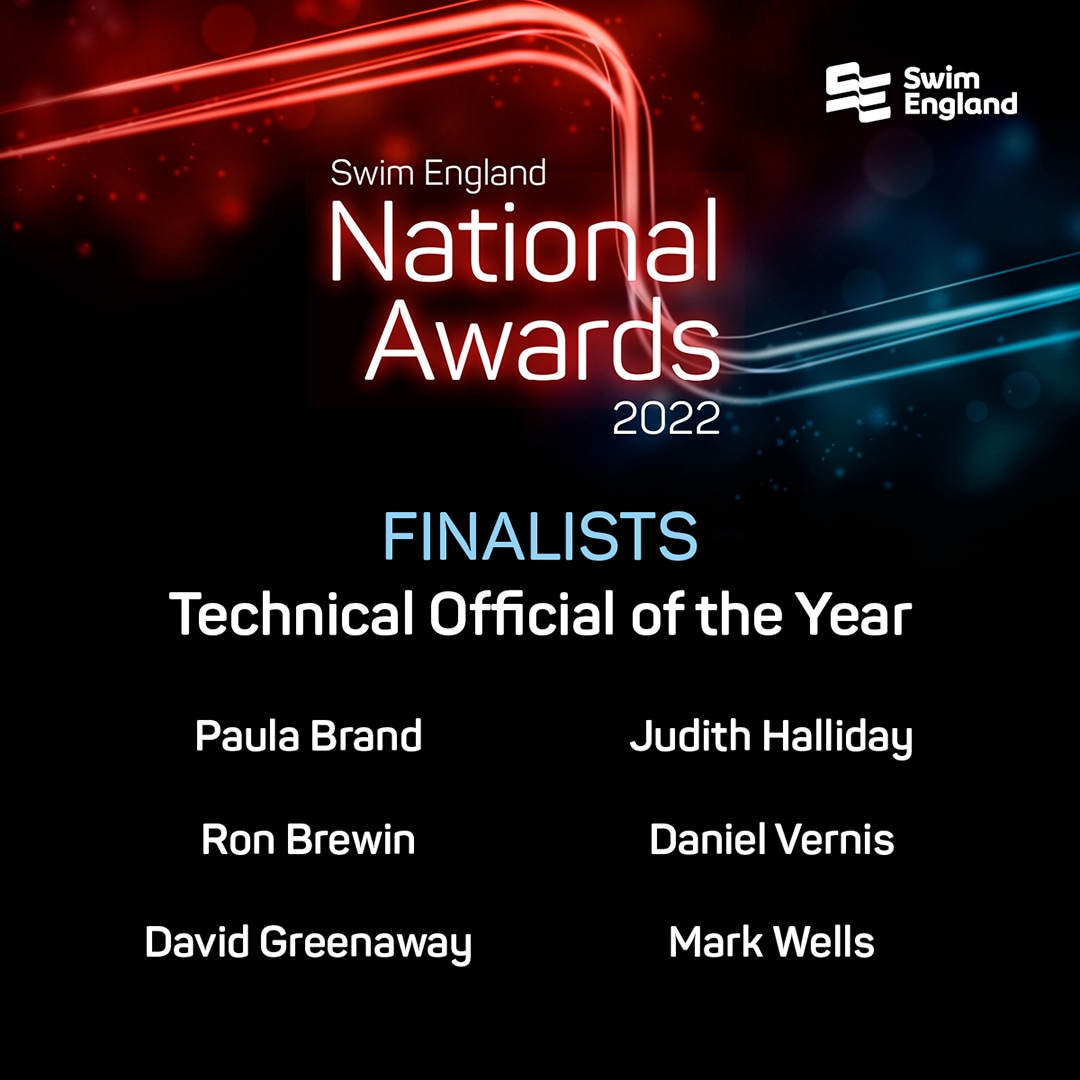