The Swim England National Awards 2022 takes place this Saturday and we’re proud to announce the three finalists for the Youth Champion of the Year Award.

These three individuals have been recognised for championing the voice of youth within aquatics and dedicating their time to help promote our sports.

Swim England’s Youth Advisory Panel will present the winner with the award at the ceremony, which will take place inside the Great Hall at the University of Birmingham on Saturday 26 November.

A number of finalists have already been revealed for 10 of the awards that will be given out on the day of the event.

As well as the nominated awards, a number of other awards will also be given out at the ceremony, such as the Breakthrough Athletes of the Year, Spirit of the Commonwealth Games and the Harold Fern and Alfred H Turner awards.

The event will also host the next inductees into the Swim England Hall of Fame.

The nominees for the Swim England Youth Champion of the Year Award, are:

In late 2021, 12-year-old Ayushi Turner set herself two huge challenges – swim twice as far as she had ever done before and support the fantastic renal services at her local hospital.

After being inspired to fundraise for the hospital by her grandad, who is an outpatient at the unit, she independently devised the fundraising challenge of swimming 10 miles at her school’s pool and got in touch with the hospital’s official charity for support.

On 25 June, Ayushi completed the 644 lengths of the 25-metre Badminton indoor swimming pool, swimming alongside her family, friends and teachers that have supported her.

She reached her initial fundraising target of £1,000 a month before the event and went on to raise a phenomenal £5,015.04.

After a tough year, Ryan has bounced back with enthusiasm and a positive attitude and used it to help Beacon Swimming Club.

He volunteers around four hours a week, helping more than 150 swimmers and volunteers to help the club in any capacity they need him at competitions.

The younger swimmers love having Ryan around the pool and it’s clear to see his passion for the sport in everything he does.

Ryan does all this alongside training for the British Championships that he took part in this year, breaking a county record in the 50m Backstroke. He has become a real inspiration to everyone he meets.

Abi has shown great resilience despite some difficult transitions over the last year.

The young para-swimmer was chosen to take part in the DiSE programme and has taken part in an international meet where she achieved her seasons best times.

Abi was selected to represent her region at the Prep the Pool event, where she swam in four events at the brand new Sandwell Aquatics Centre.

She has become a mentor to a para-swimmer that has recently joined her club and her hard work and dedication saw her chosen to be a baton bearer for the opening day of the Queens Baton Relay. 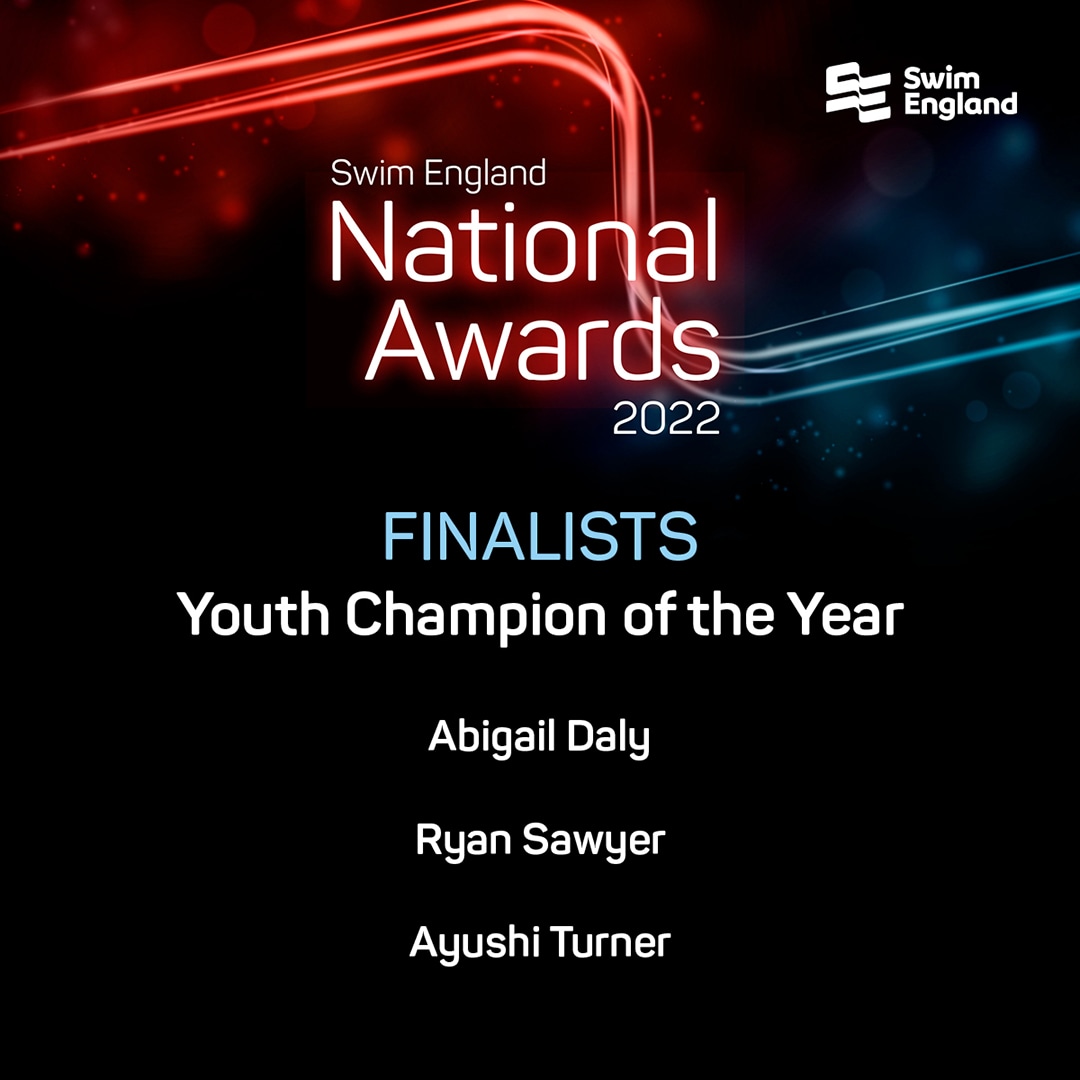