Eight incredible volunteers have been selected as finalists for the Swim England Volunteer of the Year Award at the 2022 Swim England National Awards.

The winner will be revealed at an awards ceremony which will take place in the University of Birmingham’s Great Hall on Saturday 26 November.

Awards will also be given to the youth volunteer, technical official, coach and youth champion of the year as well as the spirit of aquatics award.

Club’s will also be recognised with awards for the Club of the Year in each of our four aquatic disciplines where the finalists have already been revealed.

There’s also several other gongs that will be given out at the ceremony.

These are for the Swim England Breakthrough Athlete of the Year in both artistic swimming and water polo and the Spirit of the Commonwealth Games awards for swimming and diving as well as recognising this year’s Harold Fern and Alfred H Turner award winners.

Make sure to keep an eye on our channels as we announce more finalists ahead of the ceremony in Birmingham.

The nominees the Swim England Volunteer of the Year Award, are:

Jemma Garry has been involved in all aspects of club life from team manager to gala organiser.

She regularly teaches or assists for 4-5 hours a week and even gained her level two coaching qualification whilst studying at university to help the club to continue to deliver all its fantastic services.

She’s always at the pool, encouraging the younger members and organises team galas for the club to take part in the fenland leagues as well as organising regular open day sessions so the club can encourage new members.

Jemma also writes and updates training activities and gala risk assessments and was instrumental in the appointment of a new coach.

During the past 40 years Geoff has supported Leicestershire swimming at Club, County and Regional events.

He is trained as a timekeeper, judge, starter and as a referee and his presence at poolside has led him to become a lead referee at many county championships and regional events.

Since the pandemic, Geoff turned his attention to the risk assessment of Leicestershire clubs as well as the county and region as a whole. Without his commitment to ensuring that people were as safe as possible a number of clubs would have been unable to get back to competition.

Despite the commitments of being a Club Secretary, Angela also helps organise a number of Swim England events.

In addition, Angela also officiates at galas and arranges for additional volunteers to get involved so that events can run smoothly.

Angela is an inspiration to people wanting to get involved with the sport and is happy to spend time working with new volunteers to ensure they understand and are comfortable within their roles.

Without people as dedicated as Angela, athletes wouldn’t be able to get the opportunities that they are given.

Helen works tirelessly as a volunteer, contributing to the diving community at all levels as the North East Regions Regional Diving Manager, City of Leeds Diving Club volunteer and as an event organiser.

Helen has recently worked around the clock as the regional lead hosting the 2022 Swim England Diving National Skills Finals. Helen’s diligence, selflessness and passion for diving contributed to the successful planning and delivery of the event.

On top of this, she has provided immense amounts of support and backing for Marc Holdsworth as he stepped into the role of Head Coach at Leeds, helping him to initiate and carry out his action plans for the future of Leeds Diving.

Winifred has been a volunteer for years over 30-40 years and has dedicated her life to flixton swim team.

She is the fountain of all knowledge at the club and understands the training programmes, how an athlete should train as she been coaching for years.

She is the main contact of the club both off and on poolside and is also the club treasurer. In this role she processes each gala entry and makes sure the correct payments are made.

Despite undergoing a knee operation last year Winifred came back after her recovery and continued to give everything back to a club that feel they would be lost without her at poolside.

Since retiring, he’s given more time to the club than ever. He comes in early to set up the systems needed for any diving meets to take place, and will take on any job that needs filling. This year he’s managed to be a recorder, judge, announcer and a touch judge.

In 2022, he even set up the clubs first live stream so that parents, friends and families can watch their children dive. He is now Chair of the club and ensures he helps other volunteers too by mentoring and teaching them how they can help out the club further.

Sue Clinton’s 2022 represents her 25th year of dedication to swimming.

Her impressive catalogue of voluntary work ranges from working with para-athletes, with current and potential club swimmers, local schools and officiating at club and county events.

She is pivotal in bridging the delicate stages of learning to swim through to club membership, making that hugely important first impression on young swimmers.

An active member in the local community, Sue plays a key role with many local primary schools in the region encouraging children to swim and regularly organises the annual primary schools swimming gala which made a successful return this year.

During 2020, a then 19-year-old Abbie Dale took on the role of head teacher at Telford Aqua Swimming Club.

In such a difficult and demanding position she has stepped up and completely transformed the club.

She has spent endless hours putting in place her learn-to-swim programme that has become so successful, bringing in huge growth and improvement in their swimmers.

In doing so, she’s also made the club accessible and desirable to be a part of and continues to expand her own knowledge as well as taking others under her wing.

Abbie came through the club as a young swimmer herself and is now giving back to her the club she loves. Everyone at Telford Aqua SC can’t speak highly enough of her.

Tickets for the ceremony are available to purchase here. 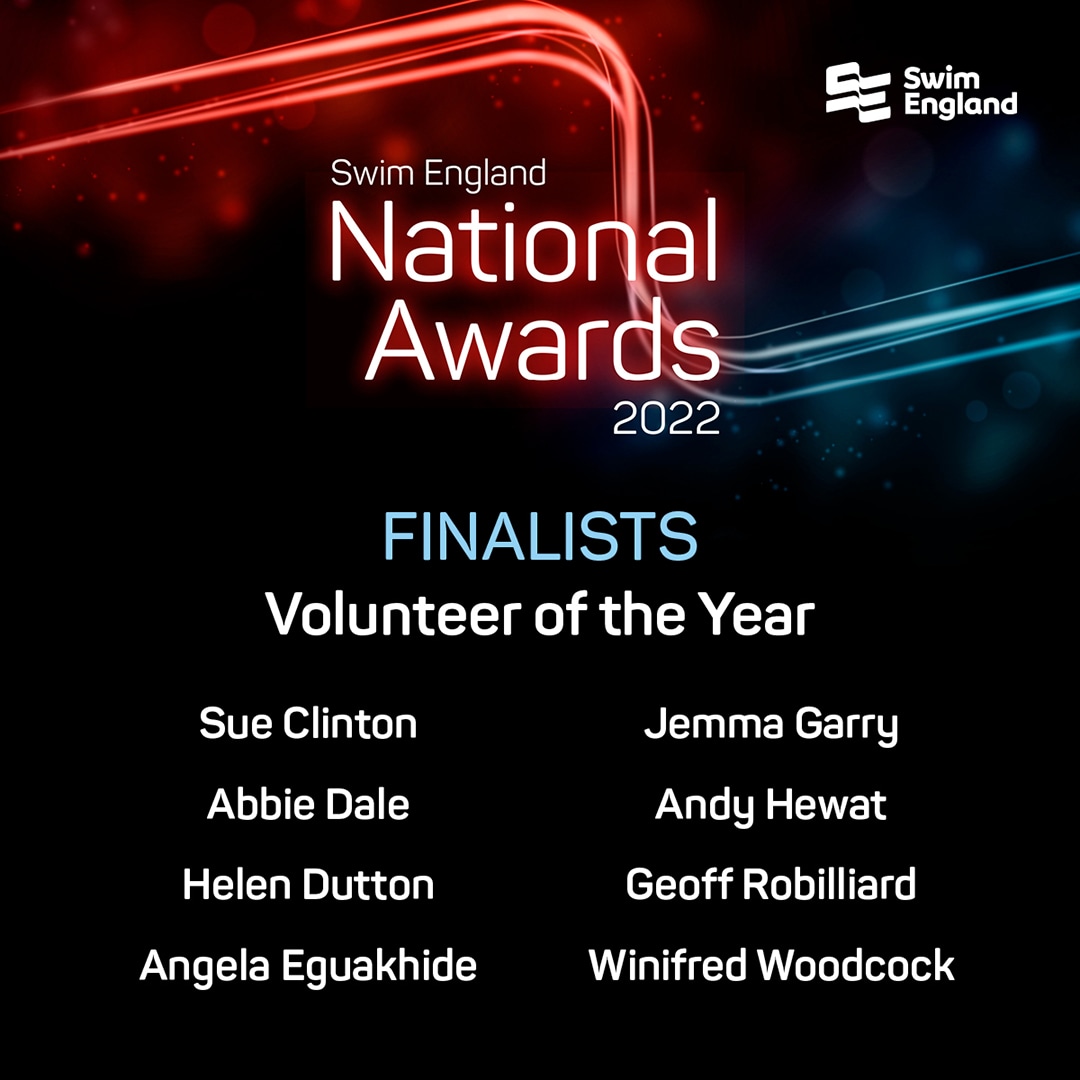